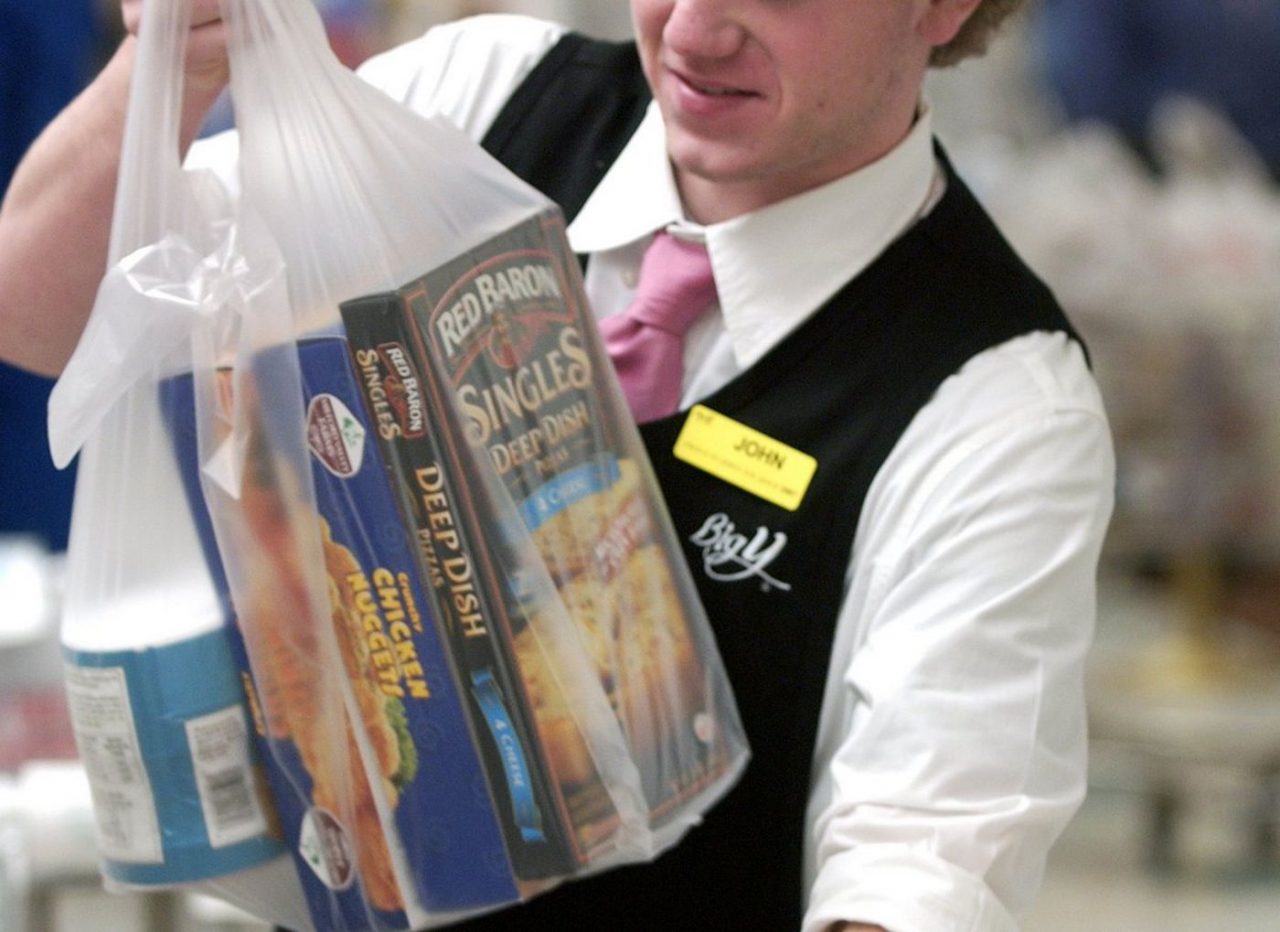 Stop & Shop’s Connecticut locations will give a free reusable grocery bag to all customers who bring in one or more of the old single-use plastic bags starting Thursday.

The chain will also give away reusable paper bags, the kind with handles, at its Connecticut stores during the month of August, Stop & Shop said Monday in a news release. Starting Sept. 3, those bags will cost 10 cents each.

Big Y announced earlier this month that it is getting rid of single-use plastic bags at all its stores — both in Massachusetts and in Connecticut — also on Thursday. That announcement moved up a bag ban that had been anticipated at the beginning of 2020.

As is common practice, Big Y said it will continue having plastic bags for produce, deli meat and the like.

It’s all a reaction to a new Connecticut law that takes force Thursday imposing a 10-cent-per-bag tax on single-use plastic bags. In the industry, they are called T-shirt bags because they resemble a sleeveless undershirt.