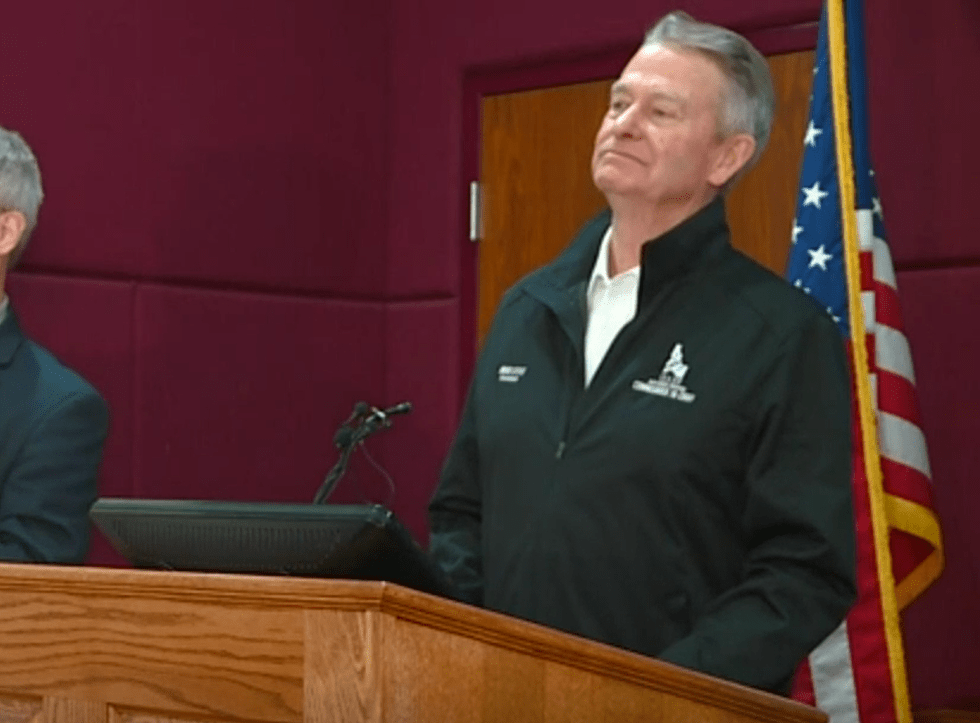 The Coronavirus used to be all the talk of Idaho.

Now, Idaho has a new biblical problem to deal with.

The quake was the largest in recent memory in the Gem State and could be felt as far away as Canada.

While the quake’s epicenter took place nearly Stanley, citizens in seven other states said they felt the quake’s effects.

Generally speaking, when you feel an earthquake your first instinct is to go outside to prevent being crushed by something in your home.

Sadly, Gov. Little was in no mood for Idahoans to disobey his “stay-at-home” order. He demanded that police arrest citizens who were outside during the quake or after the tremors had stopped.

Speaking from a bunker inside his Governor’s Mansion, Gov. Little said, “The coronavirus is still a very real threat to Idahoans. An earthquake is no excuse to go outside unless you are visiting an ‘essential’ state-run liquor store.”

When asked what should happen to those who were outside during the earthquake, Gov. Little responded, “Throw their butts in jail! I don’t’ care if you have to drag them out of a crack in the earth.”

Recent estimates are that police across the state have arrested 30,000 Idahoans and placed them in solitary confinement.

“The Governor told us to act to prevent Idahoans from dying from the coronavirus and that’s what we are going to do,” Lavey said.

Coeur d’Alene Police Chief said about people going outside, “We don’t care if it’s an earthquake, tornado, or gas leak. Stay in your homes!”

With Idahoans still shaken up after the Stanley earthquake, the arrests come as a surprise to Idahoans.

“Everything was falling inside my home,” said Stanley resident Napoleon Dynamite.  “Next thing you know, I’m being thrown in the back of a gosh-darn cop car for violating the Governor’s stay-at-home order.

“When I called my friend Pedro to bail me out of jail I told him, ‘Gosh, this is the worst day of my life!'”

It is unclear at this time how Idaho’s prosecuting attorneys intend to charge so many Idahoans.

One thing is clear though, Governor Little will not accept any excuse for going outside while the Coronavirus is still a threat.

“I don’t care if Jesus is coming back. Stay in your homes,” he said.

4 thoughts on “Gov. Little: “Arrest Those Outside During the Earthquake!””