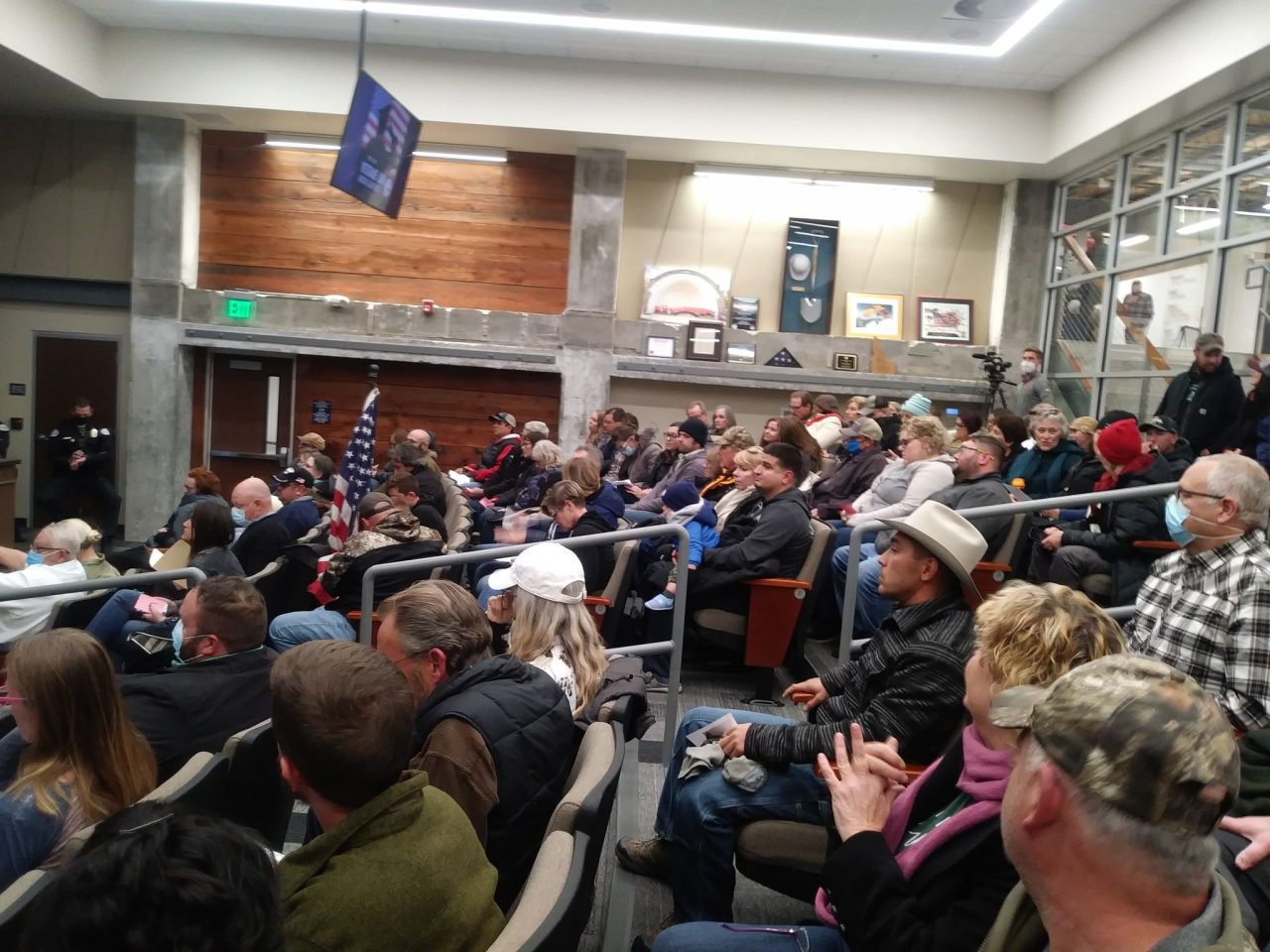 Elected officials at the local level are under a lot of pressure to pass mask mandates.

With Utah implementing a statewide mask mandate, Idaho media outlets and medical “experts” are working overtime in Idaho to do the same. For months, local governments and District Health boards have been under pressure from the state to implement mask mandates.

However, not all Idahoans are on board and many are pushing back.

In fact, a protest took place in Twin Falls yesterday just hours before the city was to take up a mask mandate ordinance that had been drafted prior to the meeting.

After the protest and five hours of public testimony, the city council voted 6 to 1 to table the proposed mask mandate ordinance.

Glenneda Zuiderveld was part of a team that helped organize the protest in Twin Falls where she says approximately 300 people showed up to the protest.

The protest took place over the space of a couple of hours before the 5:00 p.m. start time for the city council meeting. During the meeting, Zuiderveld told Keep Idaho Free that over 100 people signed up to speak but not all people were able to speak. We are told the overwhelming majority of those speaking at the meeting spoke against a mandate.

When the 68th person got up to speak at the meeting which had already been running for five hours, the city council finally decided to table the ordinance.

The lone city councilmember to vote for the mandate was Craig Hawkins.

This was the 2nd victory over mask mandates here in Idaho this week. Post Falls city council tabled a mask mandate as well on a 4-2 vote yesterday.

The Mayor of Post Falls had said that if it came to a tie-breaker, he would have voted in favor of an ordinance, and thankfully it never came to that.

A major question in political circles is whether or not Governor Little will cave and implement a statewide mask mandate or move Idaho back to another “stage” as he did recently when he moved Idaho back to Stage 3.

Leftists groups, media personalities, and some healthcare officials are pushing Little hard to do a statewide mandate. Cities like Twin Falls and Post Falls voting down mandates is sure to get more leftists to push Little in the direction of a statewide mandate.

Make sure to keep an eye on your local city council and ensure you are paying attention to what they are planning. If a mask mandate proposal pops up, organize a protest like they did in Twin Falls and speak out for your individual liberty and freedom.