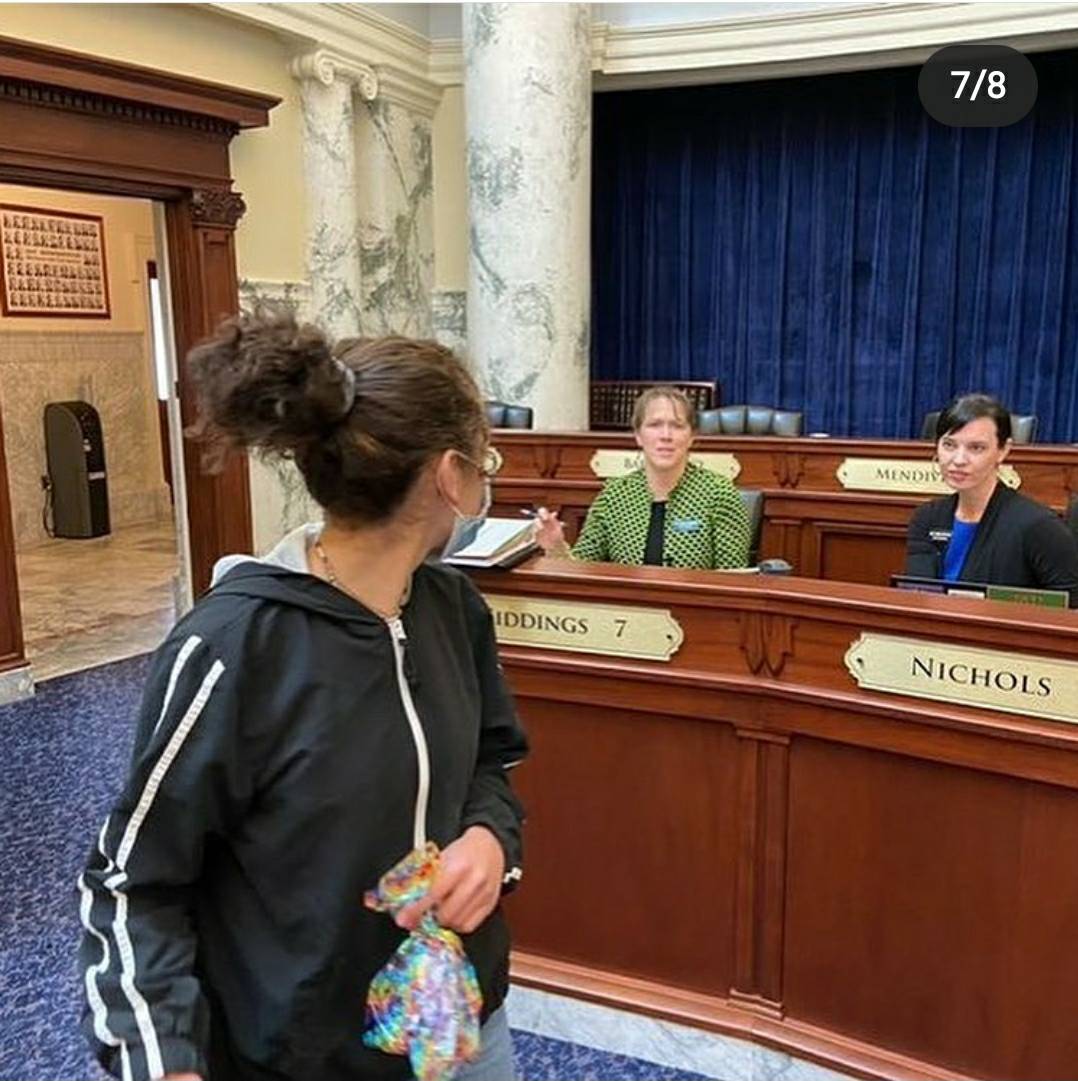 Last week the radical left on Twitter as well as a number of RINOs exploded with an attack on several lawmakers over a one-sided story of several high school students on the Idaho House Floor handing out masks to legislators.

The leftists and RINO’s claimed that Rep. Priscilla Giddings (R-White Bird) and Rep. Tammy Nichols (R-Middleton) called security on the students and had them thrown out. But of course, the truth was much different are far less of a story than what the left made it out to be.

What you aren’t going to hear from the leftists and RINOs is what group these kids were a part of or the fact that they were in a place they should not have been.

Did you know that the kids were part of a group called “Extreme Youth Rebellion – Boise (XRYB)?”

Ask yourself why kids who were supposed to be handing out masks decided they needed to take pics of several lawmakers who were just minding their own business? Did you stop and ask why the image immediately ended up on social media?

Here is a screenshot of an XRYB post on Instagram you will see one of the kids’ responses on the thread: 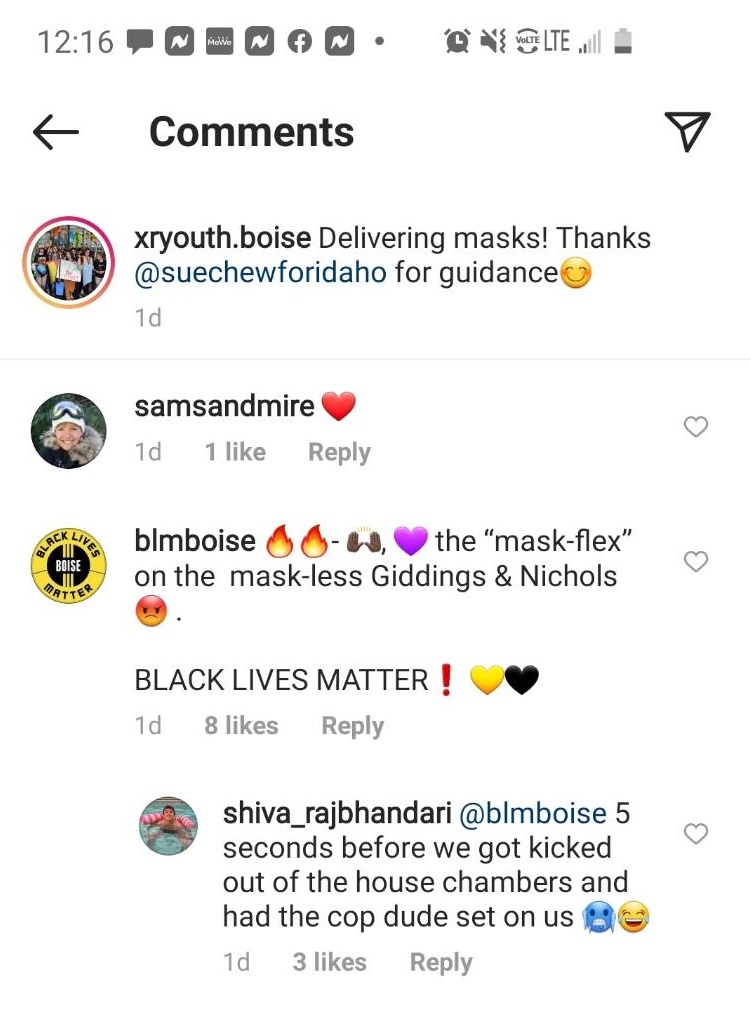 Is it possible that this was all a setup to get these kids on the Idaho House Floor just to target several lawmakers for this image?

XRYB isn’t just some random run-of-the-mill “green” group. It’s part of a worldwide environmental extremist group seeking to turn Idaho’s economic structure and environmental regulations into something more extreme than what California has in place.

The group also went into a Chase Bank in Boise and “shut it down” last year as part of a demonstration.

It is our belief that this was a designed event by XRYB to try and humiliate lawmakers who have chosen not to wear masks.

The reality is that Rep. Giddings and Rep. Nichols had no idea who the students at the time were and neither cared that they were on the House Floor except for one minor issue: The students were not allowed to be on the Floor at the time they were on it.

You see, House Rule 71 states that no one is allowed to be on the House Floor 30 minutes prior to the start of the floor session or 10 minutes after adjournment.

Here is what House Rule 71 states:

Control of Visitors to House Floor. — No person except those on official business of the House shall be allowed inside the House Chambers from 30 minutes prior to the convening of the House and until 10 minutes after the House is adjourned; or at any time when the House is in recess, except as provided in Rule 70. Provided, however, that no one lobbying for or against any measure shall be permitted on the floor of the House except by invitation of a member.

And for clarity purposes, here is what House Rule 70 states:

At the time these high school students were walking around the House Floor, it was immediately upon adjournment and the kids were unattended by a lawmaker. Having a lawmaker walk with them while on the House floor is standard procedure and that procedure wasn’t being followed.

Rep. Giddings simply saw people on the House Floor who were not supposed to be there and made sure that security protocols were not being violated. She also didn’t witness any legislator with the kids so she was curious how they had gotten onto the House Floor.

None of what the kids were doing was personal to Rep. Giddings but that’s how the radical left and RINO’s made it out to be.

From social media posts, it appears that the kids had at least some help or guidance prior to being on the floor by Rep. Sue Chew. Here is an image of one of the kids with her: 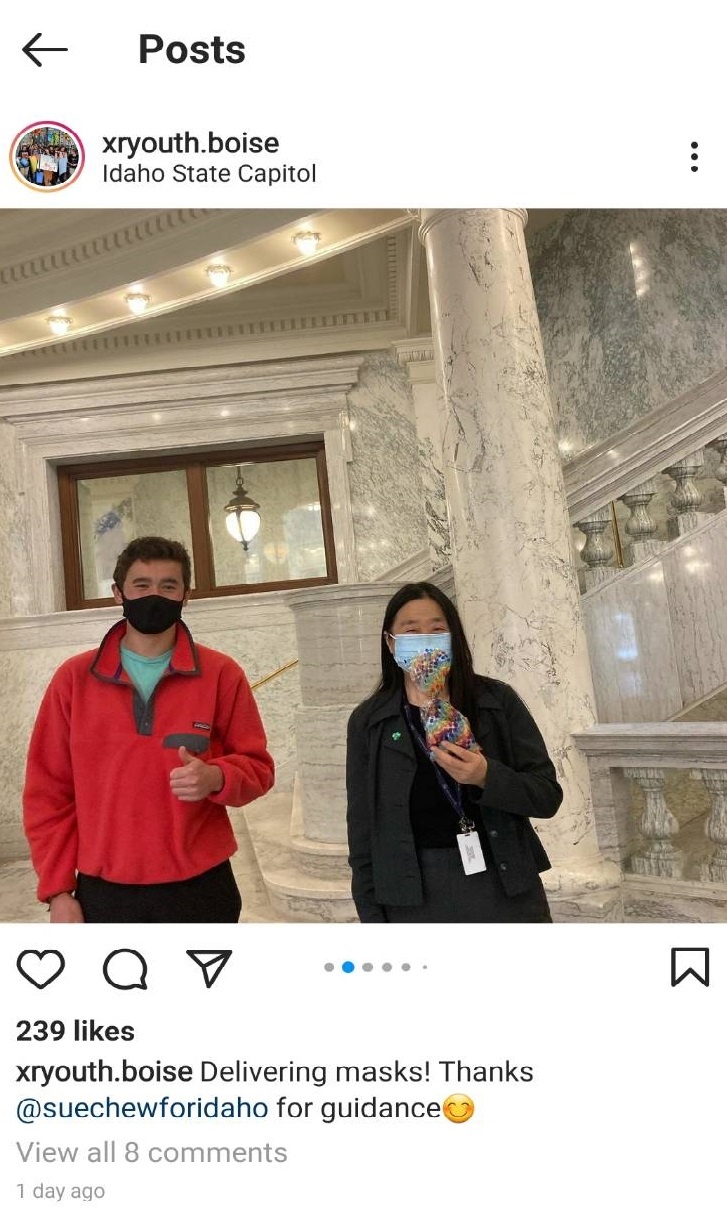 It is unclear whether Rep. Chew knew the kids were going to be on the Floor without her aid or if she knew they intended to take pictures of other lawmakers.

But of course, the radical left is eating up the opportunity to attack Giddings and Nichols for doing absolutely nothing wrong.

The newly formed radical left group “The 97%” also piled on and spread lies and misinformation: 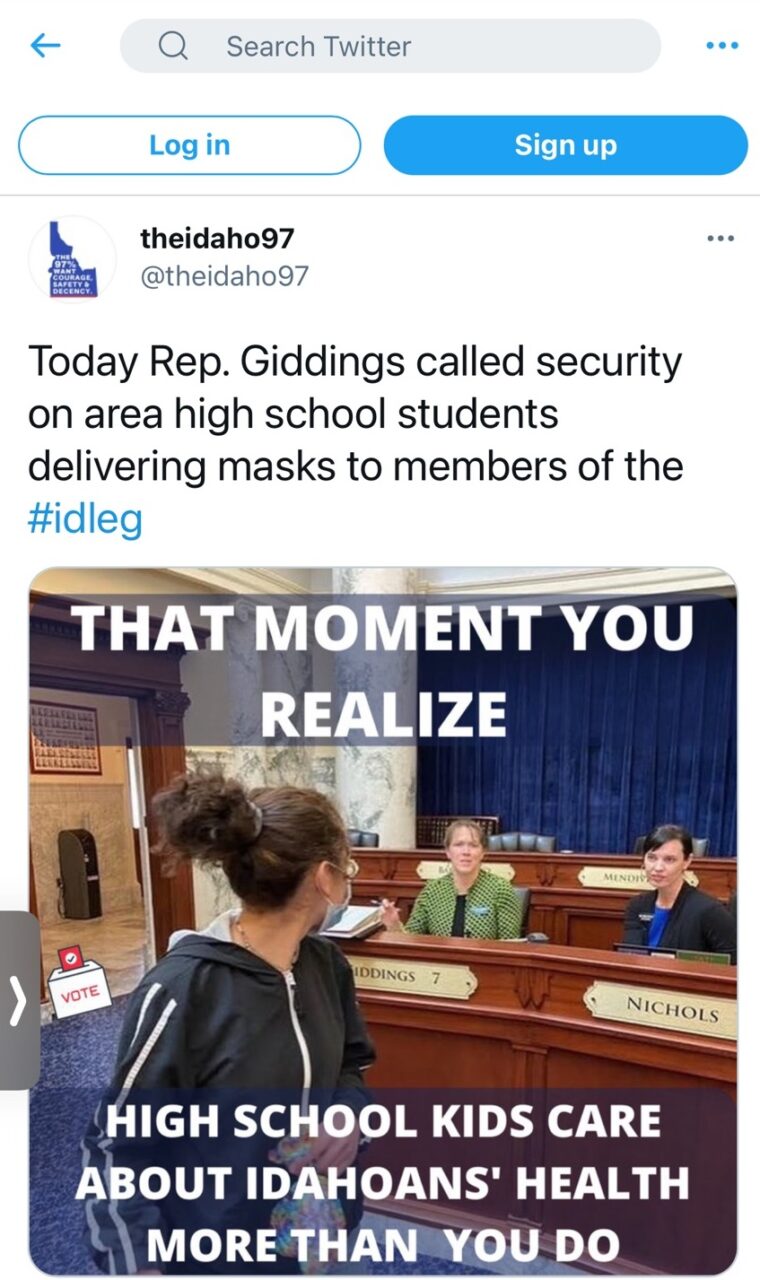 These extremist groups are popping up all over Idaho and sadly a bunch of phony Republicans are trying to help them take down real conservatives.

You want to know how California, Oregon, and Washington fell to the extremists? This is how.

It’s time to expose Extreme Youth Rebellion – Boise, the Idaho 97%, and other radical liberal groups for who they truly are.

If we are going to keep Idaho free then that is what must be done.

Be sure to sign up for our newsletter at keepidahofree.org/#join today!

6 thoughts on “Environmental Extremists on the Idaho House Floor “Handing Out Masks?””