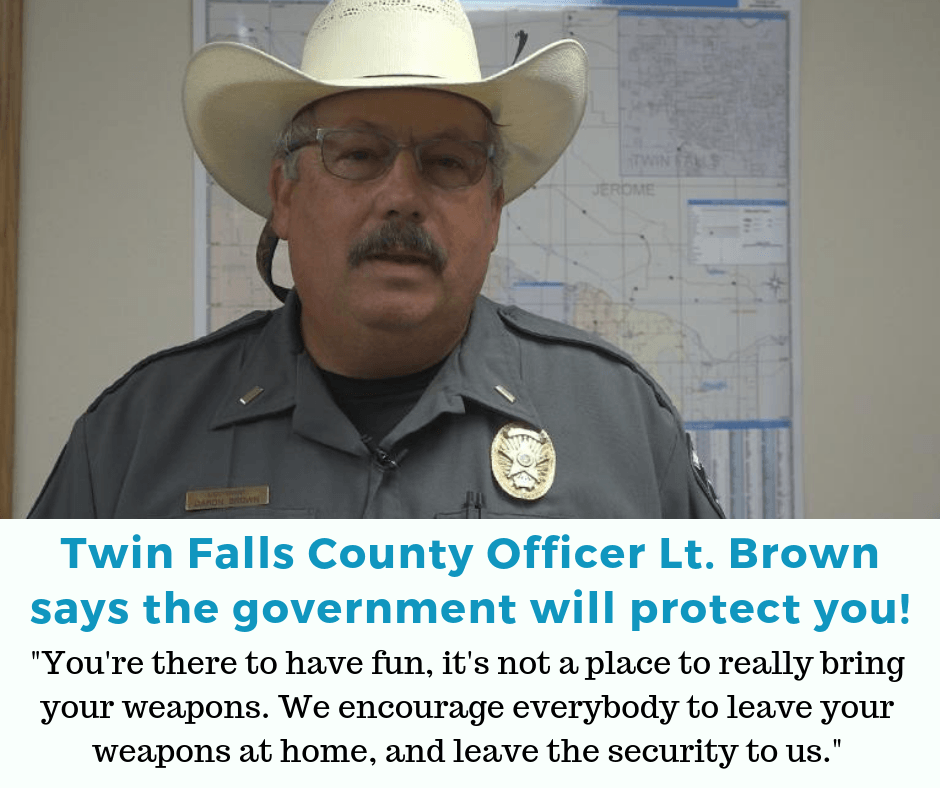 Just days after a deadly shooting in California in which the alleged perpetrator bypassed event security by cutting through a fence, the Twin Falls Sheriff’s Office is encouraging would-be victims to just “leave your weapons at home and leave the security to us.”

Why would they encourage people to willingly give up their ability to defend themselves? “The fairgrounds is a place for family activities. It’s family environment. You’re there to have fun, it’s not a place to really bring your weapons,” says Lt. Daron Brown.

Was the Gilroy Garlic Festival in California not also “a place for family activities” where people went to “have fun”? How did being disarmed work out for the victims there?

But just in case this all seems too ridiculous to believe, Lt. Brown has one more piece of advice for you. If you see anything suspicious, just “come to the sheriff’s office on the fairgrounds and tell us.”

Apparently, he believes that you can outrun bullets.

15 thoughts on “Twin Falls or California? Cops say “leave your weapons at home and leave the security to us””