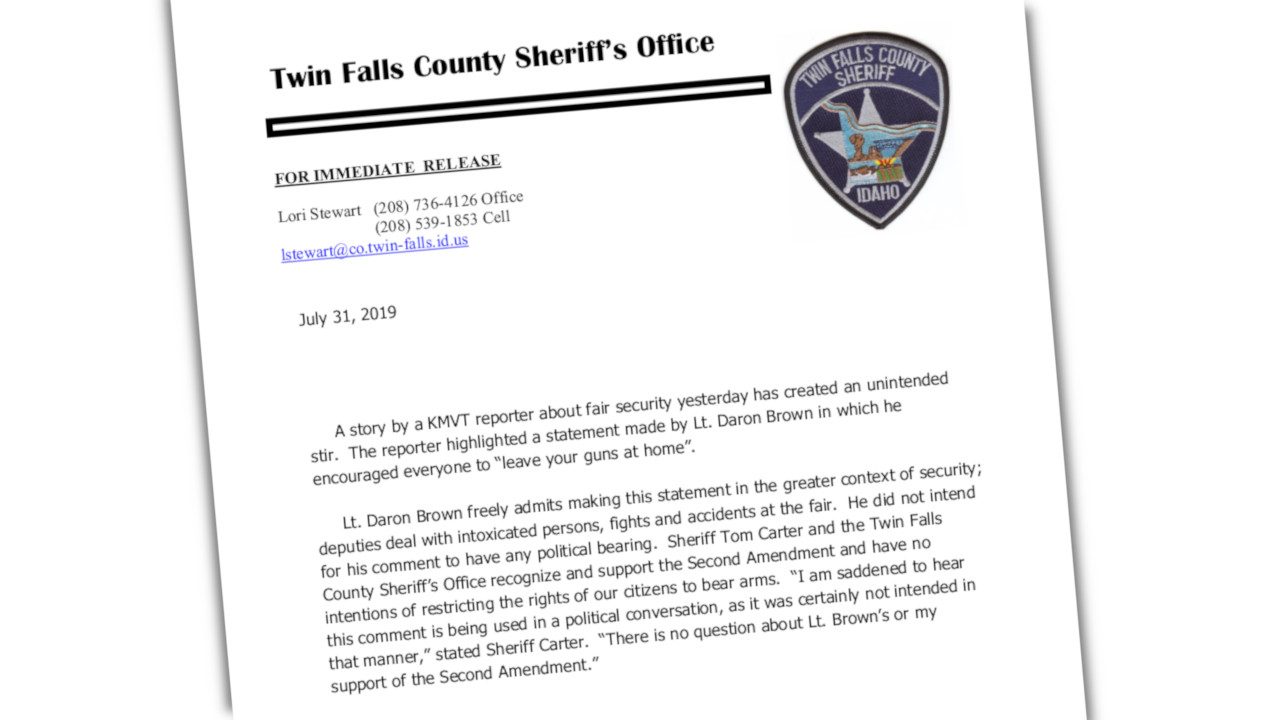 The Twin Falls County Sheriff’s Office has issued a press release in response to the outcry caused by Lt. Daron Brown’s statement that fairgoers should “leave your weapons at home and leave the security to us.”

You can read the full press release below:

A story by a KMVT reporter about fair security yesterday has created an unintended stir. The reporter highlighted a statement made by Lt. Daron Brown in which he encouraged everyone to “leave your guns at home”.

Lt. Daron Brown freely admits making this statement in the greater context of security; deputies deal with intoxicated persons, fights and accidents at the fair. He did not intend for his comment to have any political bearing. Sheriff Tom Carter and the Twin Falls County Sheriff’s Office recognize and support the Second Amendment and have no intentions of restricting the rights of our citizens to bear arms. “I am saddened to hear this comment is being used in a political conversation, as it was certainly not intended in that manner,” stated Sheriff Carter. “There is no question about Lt. Brown’s or my support of the Second Amendment.”

While the statement attempts to contextualize Brown’s comments, they fall far short of a repudiation. Presumably, they still believe that you being disarmed is preferable in the “greater context of security.”

Are you satisfied with the response from the Twin Falls County Sheriff’s Office? Let us know in the comments section below.