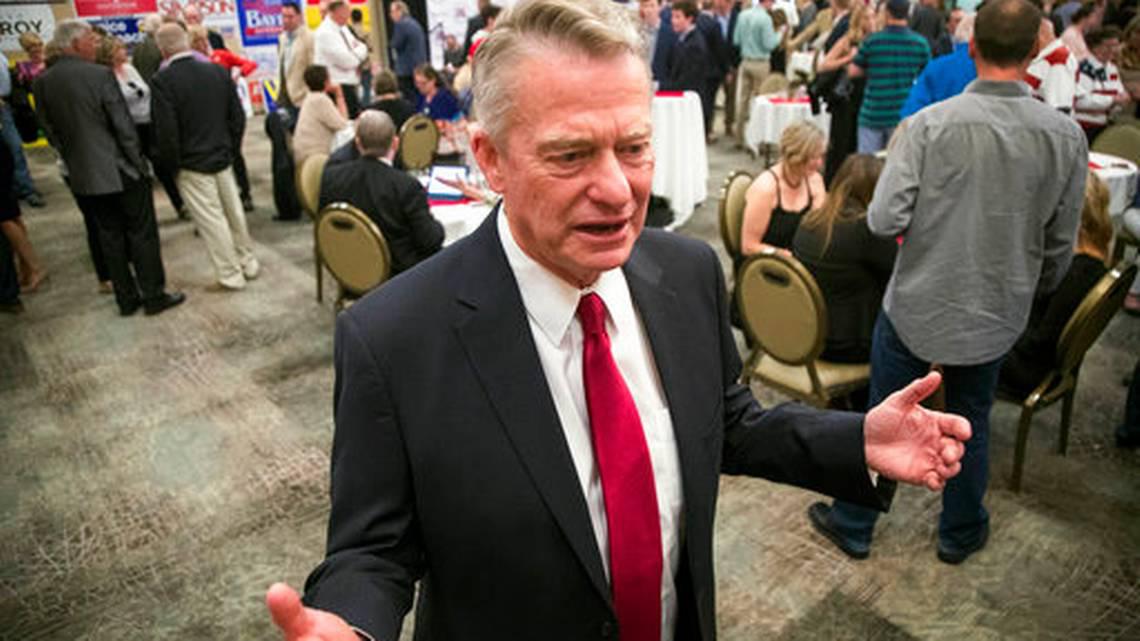 When one hears the name “Reclaim Idaho” images of bread lines, green buses and massive government spending come to mind.

Normally they’re so focused on bypassing our duly elected legislature and working with Idaho’s liberal media outlets to transform the Gem State into a socialist’s dream.

However, Reclaim is now seeking to circumvent our election and initiative process as well.

We cannot allow this to happen.

Recently Reclaim Idaho started a new signature drive with the ultimate goal of getting an initiative on the ballot in November.

The initiative would place a heavy tax on Idaho businesses in an effort to pour truckloads of tax dollars into the education system even though their initiative doesn’t do anything to address the failed curriculum. How many times have we just thrown money at a problem without a plan?

How has that worked out?

If Reclaim Idaho fails to get the required 6% of registered voters in 18 of Idaho’s 35 legislative districts by April 10th, an incredibly low bar, their attempt to massively grow government through increased taxes will be dead in the water, at least for this year.

In an apparent act of desperation and a clear sign that they are far from their goal, Reclaim Idaho is seizing on the fear of COVID-19 and begging Governor Little to throw them a lifeline. 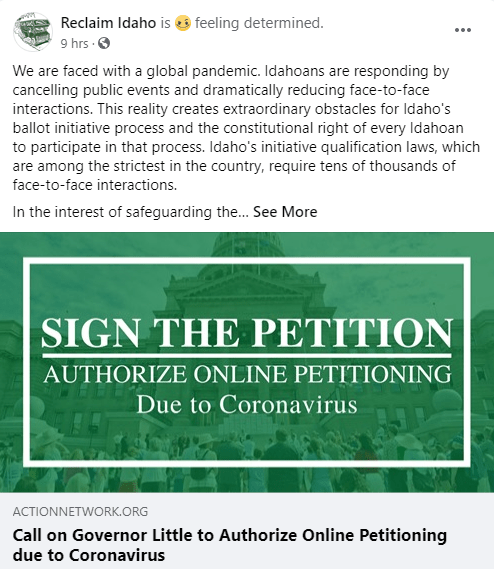 Reclaim Idaho hopes Governor Little will circumvent our election laws and allow them to collect online petitions instead.

But there’s a hitch in their giddy-up: to do so would violate the entire intent of Idaho’s imitative law.

Idaho Statute 34-1807 lays out how petitions and signatures for an initiative must be gathered including verifying that the person collecting signatures is an Idahoan and at least 18 years of age.

This prevents out of staters from say California from radically changing Idaho.

The concept is simple, Idaho initiatives should be from Idaho citizens. An online petition would inevitably mean out of state individuals would be pushing the petition link as well.

Reclaim Idaho doesn’t seem concerned, after all, they received $500,000 from the Fairness Project, a national progressive group out of Washington D.C., to help promote expanding Medicaid in 2018. Another problem is that Idaho Statute requires the petition to be signed in the presence of the petition gatherer which again protects the integrity of the whole process.

However, an online petition would make that absolutely impossible.

At a time where Idahoans are watching our 401ks tank and our property taxes are going through the roof, we cannot afford what Reclaim Idaho is selling.

During a national emergency, Idahoans must resist any attempts by progressives to circumvent the law.

Unless Governor Little tosses our election laws to the curb, this request should be dumped in the political gutter of terrible ideas.

Contact Governor Little and tell him to preserve the integrity of the petition process and reject Reclaim Idaho’s request for a bailout.

Otter and Simpson Ride for Their Own Brand, Endorse Moderates
Reclaim Idaho Throws in The Towel on Ballot Initiative to Raise Taxes!

4 thoughts on “Will Governor Little Bail Out Radical Leftists?”