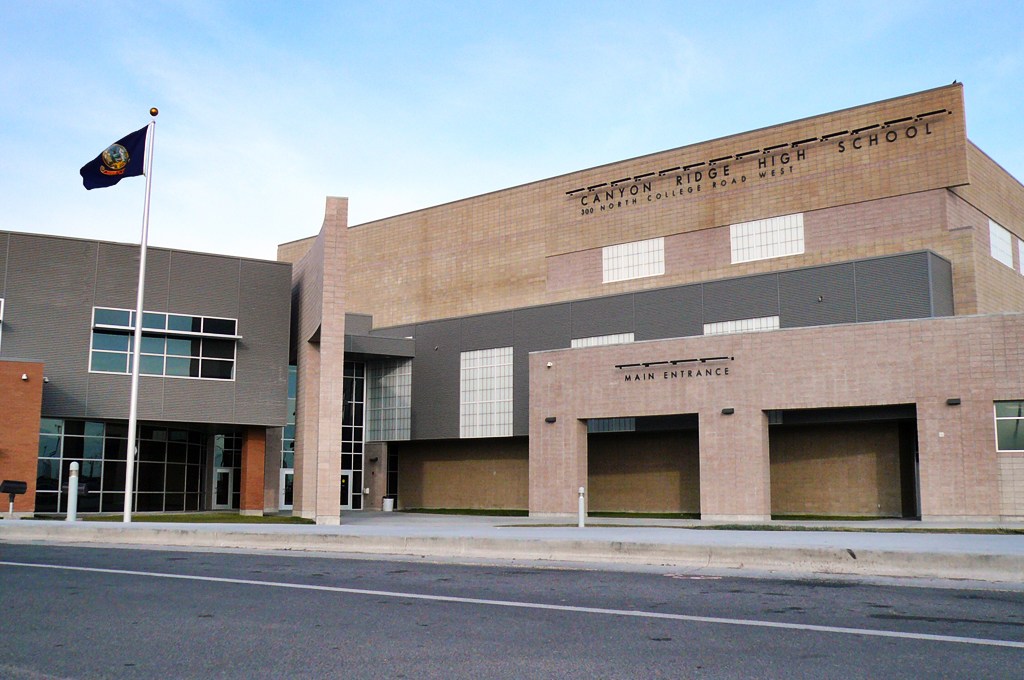 So, a “concerned Twin Falls city resident” (i.e. a liberal busybody) decided to complain about a gun raffle and the school district folded like a cheap suit: “In light of national events, it’s just not appropriate at this time for our students to be selling those tickets.” What has happened to Idaho?

The Twin Falls School District says a gun raffle organized by the head coach and team booster club president for the Canyon Ridge High School baseball team has been canceled. Students are now being asked to issue refunds to patrons who purchased tickets in the raffle.

KMVT was notified of the fundraiser by a concerned Twin Falls city resident, who chose not to be identified and who came across the flyer advertising the gun rifle at a business in Twin Falls. The resident was concerned of the timing of the fundraiser, following a pair mass shootings nationally that left 31 people dead over the weekend.

KMVT contacted the Twin Falls School District who was initially unaware of the fundraiser and said that coach Chris Waitley did not go through the proper channels or inform the school activities director of the gun raffle fundraiser.

“In light of national events, it’s just not appropriate at this time for our students to be selling those tickets,” Public Relations Director for the Twin Falls School District Eva Craner said. “And that’s something that is handled differently at each school but activities but that our activities directors work through their directors and coaches.”

KMVT did not receive a specific date of when the fundraiser was organized but was told it was in earlier summer.

Craner says the fundraiser would’ve benefited the high school baseball team and that Coach Waitley donated two guns, a rifle and a shotgun, that students were selling raffle tickets for. Craner also says the district doesn’t have a specific policy against these type of fundraisers, but that because of recent national events and the activates managers not being aware the district is asking students to return the money to patrons.