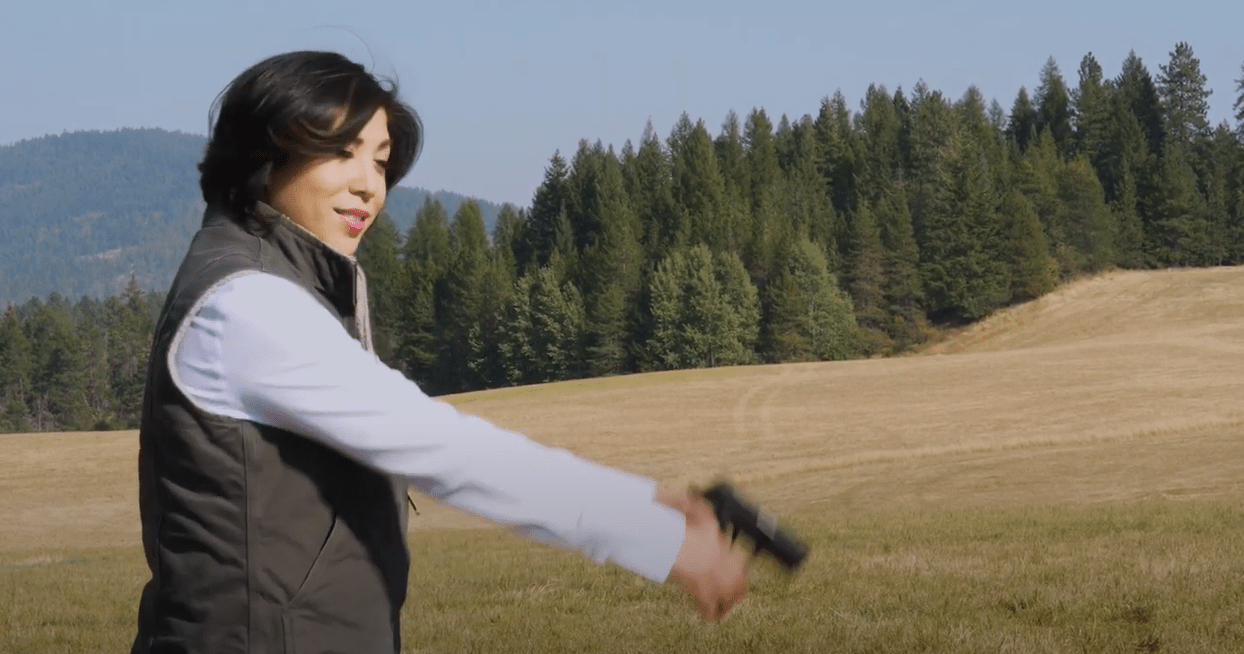 Paulette Jordan is running against Republican Jim Risch for the U.S. Senate.

As with most candidates in Idaho, Jordan tries to paint herself as a supporter of the 2nd Amendment. And in typical politician fashion, Jordan has a new ad where she is shooting a firearm to show you how pro-2nd Amendment she is.

Democrats often preach that they don’t want gun control but they simply care about “firearm safety” and want gun owners to be “responsible.”

The problem is that Jordan does not seem to care about firearm safety enough to put on a pair of eye protection glasses for a staged shooting scene in her latest commercial.

It is difficult to tell if Jordan is even wearing ear protection either. Odds are that she is not but to be fair to her, we can’t see underneath her hair to determine if she has anything in her ears to reduce the noise of her shots.

Here is a portion of the ad for those who have not seen it:

So, the party who likes to preach to gun owners about firearm safety can’t even get it right for a staged shoot? This is why many Idahoans don’t trust Democrat politicians when they say they support firearms and that they go shooting frequently.

It’s plausible that someone who goes to the range forgets to put on ear or eye protection initially and then remembers to put it on after. But when you are going to stage something like a political ad, how is that not part of the process?

How is Jordan not intelligent enough on firearm safety to make sure her team has safety measures in place prior to shooting? You can view the full ad here.

This of course pails in comparison to Jordan’s comments two years ago when Paulette Jordan was running for governor.

Jordan took a lot of heat for telling Idahoans that AR-15’s don’t have a place in Idaho on a KTVB debate.

Jordan of course tried to claim that she was pro-2nd Amendment as most candidates do. Yet her own words came back to haunt her as she was soundly defeated by moderate Republican candidate Brad Little.

For those who didn’t see the old video of Jordan’s statement during a KTVB debate, here it is:

At this point, is there any doubt that Jordan is not the pro-2nd Amendment candidate she claims to be?

Does anyone really believe her that she goes shooting?