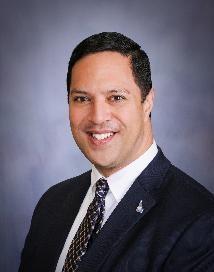 You can’t turn on the radio or watch the news without coronavirus being mentioned.

There are calls for unity from across the world as we face uncertain times.

Even Gov. Cuomo and President Trump appear to be working together.

However, in Idaho, that sense of unity seems to be rather elusive.

McCrostie, who once stole campaign material from one of his opponents, was responding to guidelines that people shouldn’t gather in groups of more than 50. The GOP caucus is made up of 56 Representatives.

Additionally, many of the Idaho GOP caucus members are 60-years-old and older. The age at which the coronavirus is more deadly is anyone over 60-years-old.

In other words, McCrostie knew that the age of many of the Idaho GOP caucus members is 60 or older and that there were more than 50 of them.

While some jokes about coronavirus may be funny, this one is not.

However, the real frustration from this insensitive joke is the lack of response from the far-left media.

Of course, conservatives are used to the biased media ignoring idiocy from the left.

Imagine if President Trump or even one of Idaho’s GOP Representatives had made this joke!

It would have been nationwide or statewide news.

The leftist media never lets a good crisis go to waste. They jump at every opportunity to attack a GOP Representative.

But a Democrat lawmaker joking about the GOP caucus dying from coronavirus?

Sadly, not a blip from Idaho’s leftist media.

Since Idaho’s media won’t cover the issue, we’ll do it for them.