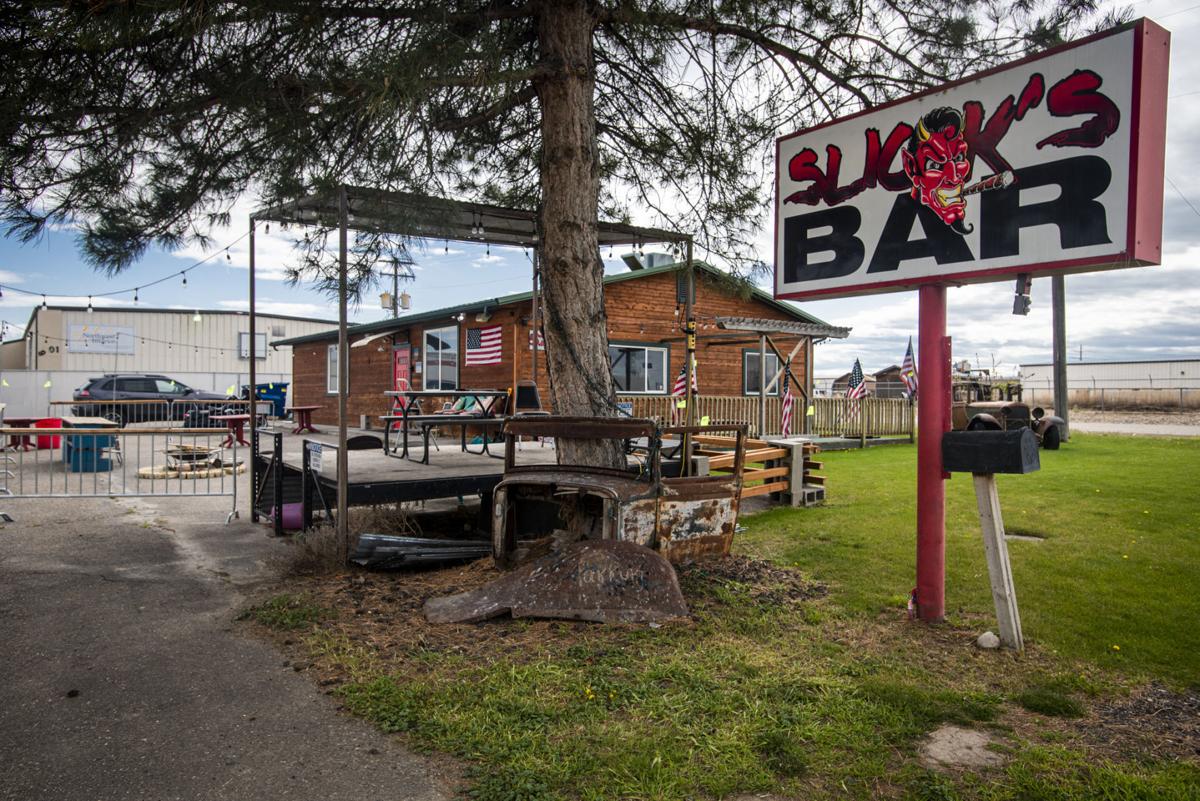 It would appear that Gov. Little is not messing around when it comes to threatening businesses that hold state licenses.

So far, a number of bars across the state are opening up early so they can try and survive.

However, bars are not supposed to be open until June 13th. That’s still another month away!

Now, Slicks Bar in Nampa is getting the same threat from the state.

Despite the threat, Slicks Bar owner, Shelia Sartorius, says they will not back down.

Sartorius says everything was business as usual until Wednesday when Idaho State Police called the bar, then paid them a visit.

The troopers gave Sartorius a copy of the reopening guidelines and had her sign an ‘on-premises’ inspection report.

Sartorius says she believes ISP wasn’t trying to shut her down, though they do have authority over the state’s liquor licenses.

“The verbiage that they used is that we may lose our liquor license,” she said. “Not that we will, it is ‘may,’ if they choose to pursue it.”

So she contacted the mayor’s office for clarification.

“I got an email back from the lieutenant of the police department, basically reiterating, restating what they had already said that when she allowed us to open,” Sartorius said. “She said she wasn’t guaranteeing our state license.

“But I said, we’re not breaking any state liquor laws,” she added. “We are operating under the plan that we gave the City Council to reopen our business and we are adhering to that.”

There are other bars that are opening soon and it is unclear if Gov. Little will ultimately order the ISP to revoke anyone’s licenses.

Given the current frustrations from citizens, it’s possible that Little will wait until it’s all blown over and then take action. Or perhaps he won’t take any action against them at all.
What do you think of the threats against these establishments trying to survive?
Do you think they should have their licenses revoked? We don’t believe they should.
It’s time to re-open Idaho and get people back to work.