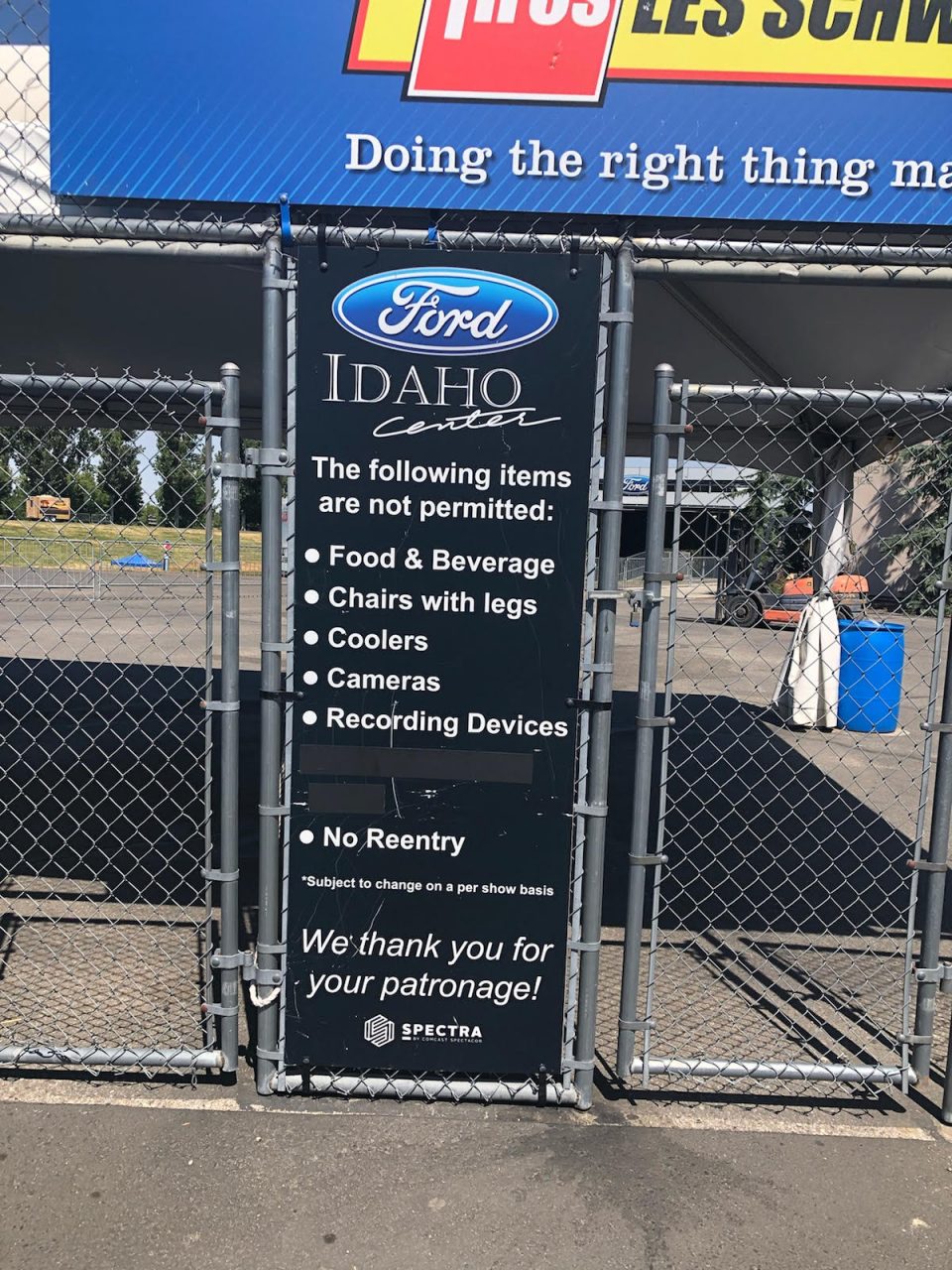 In the last month the Idaho Second Amendment Alliance and Keep Idaho Free received numerous inquiries about the Ford Idaho Center’s “No Weapons” policy.  Signs are posted on the outside of the facility prohibiting weapons on the premises.

The Ford Idaho Center is owned by the city of Nampa and therefore it is public property.

This issue is similar to the one currently unfolding in the city of Sandpoint over a private entity using a public park and banning the exercise of the Constitutional right to keep and bear arms. The ban also runs afoul of the Preemption statute (18-3302J) which prohibits cities from banning the carrying of firearms on public property.

In light of the numerous inquiries we received, I reached out to Councilman Bruce Skaug who has helped us in previous years. Today (8/28/2019) I received an email from Councilman Skaug who informed me that the Ford Idaho Center has covered up the “No Weapons” restriction on the premises.

I followed up with Councilman Skaug and asked whether or not a full policy change had taken place or just removal of the signs. I received this response:

“The sign is down permanently.  If a group leasing the space for an event wishes to keep out weapons, that is up to them.  I.e. Some music groups bring their own security teams.”

From this inquiry, we believe that the Ford Idaho Center intends to allow private entities to restrict firearms on the premises based on that entity’s policy but is no longer going to have a permanent ban. This is not acceptable to Idaho’s gun owners.

The Idaho Second Amendment Alliance intends to discuss the issue with the city further.

If the ISAA can’t get the city to change its policy then we will potentially seek legal action similar to what is happening in Sandpoint. Stay tuned for more updates.

Don’t forget to sign up for the Keep Idaho Free newsletter today!

What an Idaho Republican Lawmaker Said About Gun Owners Will Shock You
Idaho Gun Owners Rally at the Capitol
Rudy Soto Supports Gun Confiscation with No Due Process
Are Gun Stores Closed Under Little's "Stay At Home" Order?