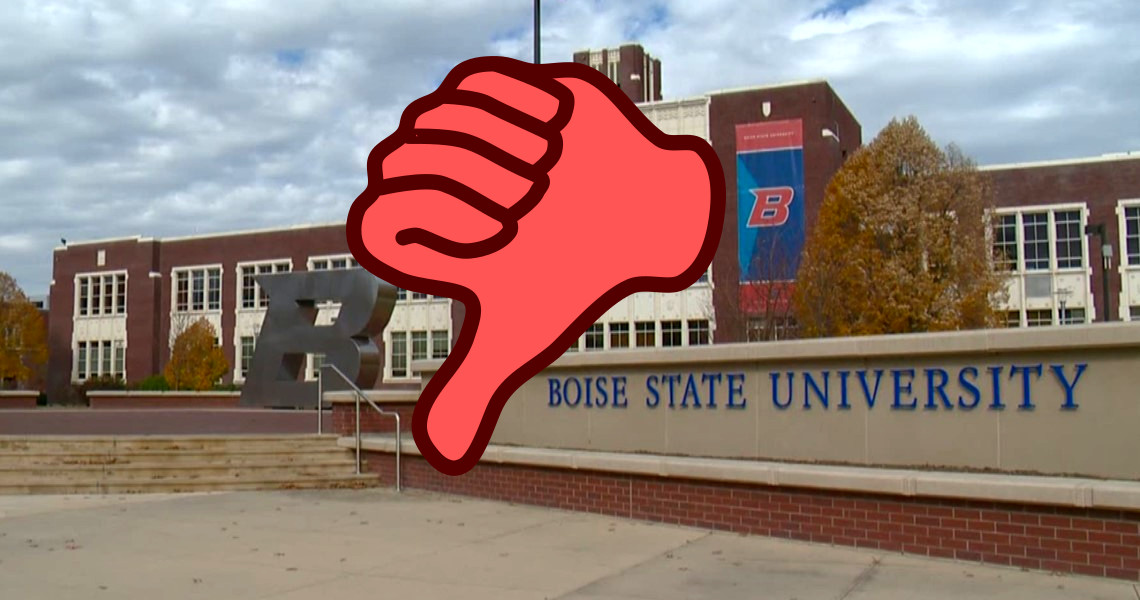 To Idaho State Legislature:
The signers of this petition demand that funding for Boise State University be decreased by 10% for their inappropriate misuse of public funds.

More information is also offered regarding the reasons for the demand.

Going to college should be a time where you focus on gaining the best education you can receive. Many universities receive state funding. These state funded universities should not be implementing biased and special interest classes or events.

President Marlene Tromp, the recently hired president of Boise State University, has created or maintained these classes and events. She has maintained the creation of “white privilege classes”, attempted to implement race and LGBT specific graduation ceremonies, implemented special prayer rooms for Muslim students, maintained transgender friendly restrooms, and hosted the Council for American Islamic Relations which has ties to HAMAS and the Muslim Brotherhood. These are all being done with taxpayer dollars.

Taxpayer dollars should not be used to implement these policies, events, and classes. They are places of higher education, not indoctrination. The Idaho State Legislature is not constitutionally bound to fund Boise State. Sign this petition if you believe Boise State’s funding allotment should be decreased by 10%.

We have reported before on issues relating to Boise State University’s leftist agenda.

Just last Friday, (October 4th) the university’s “Muslim Student Association” held a “Council on American-Islamic Relations (CAIR) Outreach Event” in their 435-seat Special Events Center. The invitation cited “Islamophobia and anti-Muslim bigotry” in “media, politics, and public schools” as one of the reasons for the event.

The Social Justice Agenda is too Divisive and Expensive
Boise State to create "permanent prayer space," but is it really for "all"?
Boise State to Remodel Student Union with "Gender Inclusive Restrooms"