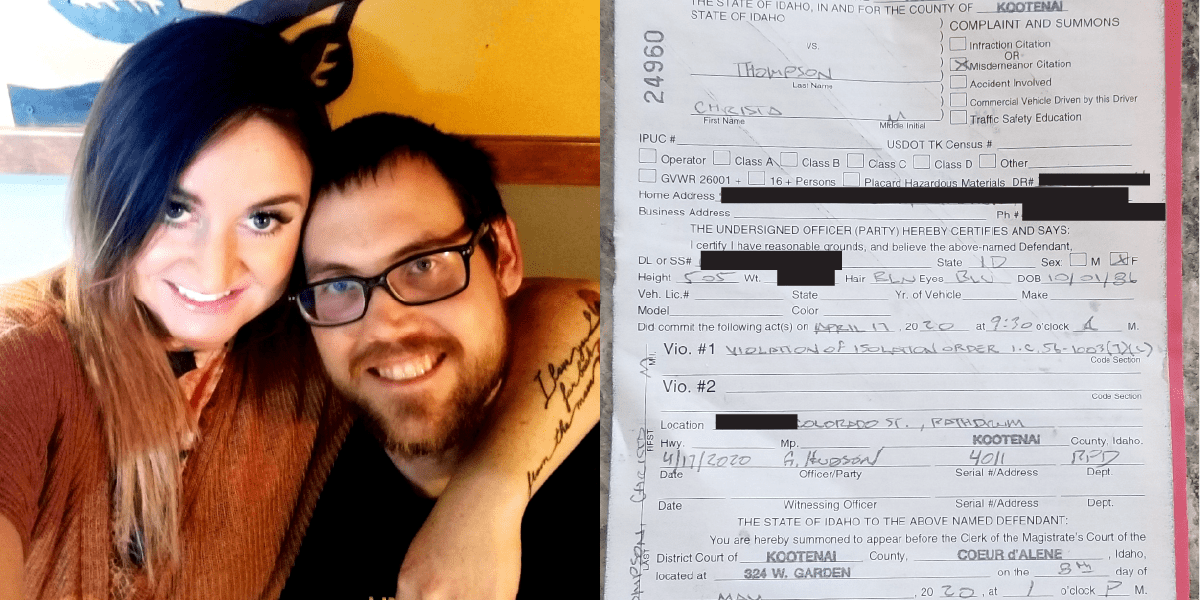 We are over seventh months past Governor Little’s “stay-at-home” order in March of this year.

One particular incident was a family in North Idaho where the mother, Christa Thompson, was being charged with a misdemeanor for holding a yard sale during the “stay-at-homer” order and facing six months in jail.

Keep Idaho Free is happy to announce that the case has been dismissed against Chista!

Christa was being defended pro-bono by a Boise law firm, Dindinger and Kohler.

They took the case to help fight against the injustices being pushed from the state onto an innocent family. Here is what the firm said in a statement about the case:

Kootenai County, Idaho Judge Van Valin issued his oral decision at hearing this morning, granting our motion to dismiss (https://www.dklawboise.com/post/the-great-idaho-yard-sale-case-arraignment-and-motion-to-dismiss) the case against our client, Christa Thompson, the North Idaho mother of six criminally charged with violating Governor Brad Little’s stay-at-home order by holding a yard sale to liquidate her late father-in-law’s estate. Since we filed the motion and its supporting memorandum back in August, the State filed a “Memorandum of Points and Authorities” which, well, just wasn’t. In return, we filed a brief in reply, pointing out that the State had not even bothered to address the arguments we raised. (Documents attached to this post).

In his oral decision, Judge Van Valin relied on the Black’s Law Dictionary definitions of “business” and found that the activity alleged as a basis for the charge, holding a yard sale, simply did not constitute a “business” as a matter of law, and that the plain language of the stay-at-home order did not apply to Christa. While this ruling meant that Judge Van Valin did not need to reach our other arguments, such as unconstitutional vagueness, we could not be happier with the result. Christa no longer faces the might of the State and a potential jail sentence for simply trying to preserve her family’s financial security, and the outer limits of the stay-at-home order were finally tested in court for the first time. We would like to thank those who have expressed words of encouragement and support throughout this endeavor, and especially to those who have reached out to financially support Christa during this trying time.

For those wishing to read the full statement and the supporting documents mentioned in the firm’s statement, you can go here.

Governor Little and anyone who pushed these unconstitutional mandates on Idahoans should be ashamed at what it led to. The fight to rid our state of these power-hungry elected officials is not over.

Be sure to help Keep Idaho Free continue the fight against Liberals in all parts of our state and no matter which party they are in.

Go to KeepIdahoFree.org/#join to get on our newsletter and stay up to date on what’s happening in Idaho!