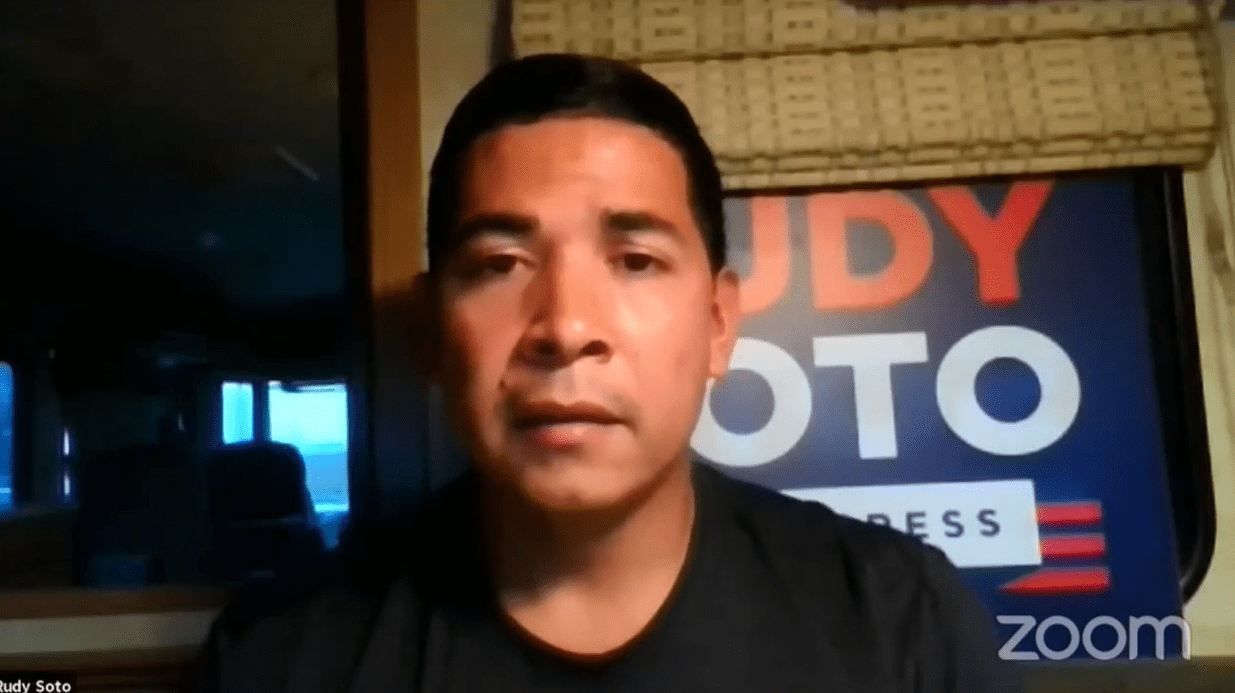 It’s always fascinating to see who the Democrats try to run every year for Idaho’s congressional seats.

They try to run their “best” person in Idaho’s 1st Congressional District race.

The Democrats are less concerned with a real challenger in Idaho’s 2nd Congressional District because Mike Simpson is moderate enough that they don’t really care in the end if he wins. Simpson isn’t much better than a moderate Democrat would be if they were in Congress.

Rudy Soto is a Democrat running against Congressman Russ Fulcher and has taken stances on the 2nd Amendment that are not going to sit well with most Republicans in Idaho and even some Democrats.

In Idaho, it is standard practice for every single politician from every single party to tell you they are for the 2nd Amendment. However, many of these candidates don’t understand or believe in the phrase “shall not be infringed.”

Soto is just like every other politician running. He says he supports the 2nd Amendment and even touts his service in the military as some sort of proof that that is all you need to know to agree that he cares for the 2nd Amendment.

I served in the Idaho Army National Guard for 13 years and spent one tour of duty in Iraq. What I can tell you from my time in the military (retired in 2015) is that there are a lot more men and women who don’t care for the oath they take as much as you would want them to.

Too many of our men and women in uniform don’t follow politics and understand our founding principles any more than other citizens. So, don’t let Soto fool you into thinking he is pro-2nd Amendment simply because he took an oath to uphold our constitution.

Nancy Pelosi and Chuck Schumer also swore to uphold the U.S. Constitution and does anyone think they really care about it?

Soto’s support for Gun Confiscation Orders (Red Flag Laws) should be all you need to understand about his mindset when it comes to defending your gun rights and other constitutionally protected rights.

Gun Confiscation Orders strip a citizen of their 2nd Amendment rights without any real due process. The police show up at your home and take your firearms and other weapons and you have no idea why they are there doing it.

The police don’t arrest you. You aren’t charged with a crime. You are not convicted of a crime. Your 2nd and 4th Amendment rights are completely gone.

Then it is up to you to go to court at a later date and prove that you are innocent instead of the state proving that you have committed some sort of crime.

These Gun Confiscation Orders can last up to one year and in California, they have extended these orders for up to five years.

Not only does Soto support confiscating guns without due process, but he also couldn’t even be bothered to fill out the NRA survey. The NRA survey isn’t all that hard to fill out and any 2nd Amendment supporter would have an easy time getting an “A” on their rating system.

However, here is what the NRA’s website says about Soto and Fulcher’s responses:

The question mark indicates that Soto refused to return the survey. This almost always indicates the candidate has gun control stances they are trying to hide and don’t want the public to know about.

But you can bet Soto will still try to tout his 2nd Amendment credentials simply because he was in the military.

Have you heard him talk about AR-15’s, magazine capacity, Constitutional Carry, Stand-Your-Ground, or other important 2nd Amendment issues?

I haven’t. Soto did say he wants to add even more into our already failing and unconstitutional background check system. A system that has flagged an insane amount of gun owners who were innocent.

There is a reason that you won’t find anything about the 2nd Amendment on Rudy Soto’s website. He doesn’t want to explain his real positions to you because he knows that in Idaho, his stances won’t be welcome.

Just like many politicians before him, he will pay lip service to his potential electorate. Sadly, when Nancy Pelosi and company put the pressure on for infringing on the 2nd Amendment, Soto will turn on gun owners in a heartbeat.