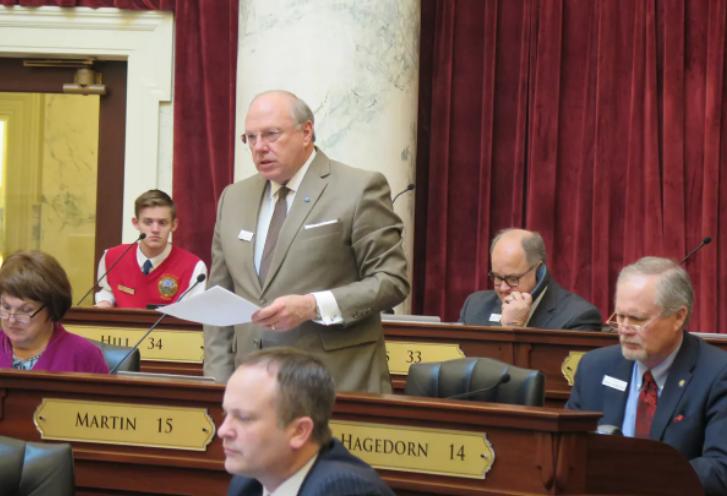 Every election cycle rumors swirl about candidates who decide to recruit their own opponents for their races.

Why would a candidate do that? Well, when a candidate who is already in office wants to stay in office bad enough, and they get a challenger who could unseat them, they get another person to run in the race to dilute the vote. The incumbent can’t beat the one challenger on their own, so if they recruit another candidate the hope is that the citizens who don’t like the incumbent will split their votes.

It appears Sen. Fred Martin, a so-called Republican in Boise has recruited his own opponent according to multiple individuals who talked to Keep Idaho Free about what they saw.

Martin has two opponents in his race. The first opponent is Rep. Codi Galloway, a more conservative opponent from the Idaho House who wanted to challenge Martin for his Senate seat. She was the first to announce her intentions to challenge Martin. Then, another opponent jumped into the race by the name of Dorothy Greenzang.

The question is, did Ms. Greenzang jump into the race to play spoiler?

We’ll present the information, and then you decide if it seems logical or not.

First, Rep. Galloway said that Dorothy called her earlier this year to brag about Fred Martin recruiting her to run in the race. Galloway even said she would sign a sworn affidavit saying the conversation took place.

The phone call between Rep. Galloway and Greenzang took place in January according to Galloway. That means Greenzang was up and ready to go just three months after resigning?

Third, on March 8th, Ms. Greenzang and Fred Martin met at the capitol for approximately one hour. Not only did Rep. Galloway witness the two of them meeting together in the rotunda, but footage from the capitol also shows Greenzang walking to the Secretary of State’s Office right after meeting with Martin.

We don’t know of many incumbents who are that keen to help their opponent get their paperwork rocking in an effort to unseat them. Or perhaps it’s just one heck of a coincidence?

Finally, Greenzang isn’t even trying to run a campaign. Not that this doesn’t happen as we see a number of candidates jump into a race and then never actually do anything. Greenzang has raised a measly $700.

Interestingly, Greenzang is in violation of campaign finance laws right now because she got the $700 as a one-time donation but has NOT reported who it came from.

You see, if you get a donation of $50 and under, you don’t have to report the name of the individual if that is all they give you. But Greenzang got a donation of $700 from someone. Maybe Fred Martin helped her get the campaign going? Lol. Only joking, but then again, if you are going to recruit your opponent, then why not kick in a nickel or two to help them look legitimate.

Greenzang’s report just says that it was a $700 donation from someone in Idaho. You can see an image of the donation and see what we are talking about:

Where it says “Contributor Name and Address” is not supposed to look like that. We don’t have time to file a complaint with the Secretary of State’s office, but someone certainly could for how this is currently filed.

If Fred Martin did recruit his own opponent, we aren’t sure it is technically illegal, However, it does show you how insecure Martin is and it shows you how desperate he is to maintain power.

No one who is that desperate to maintain political power should be anywhere near it.

The primary election is on May 17. Do the voters in Boise want Martin, one of the biggest RINOs in the Senate to be in office?

Perhaps the voters will choose someone a little more conservative like Codi Galloway.

6 thoughts on “Sen. Fred Martin Recruits His Own Opponent?”