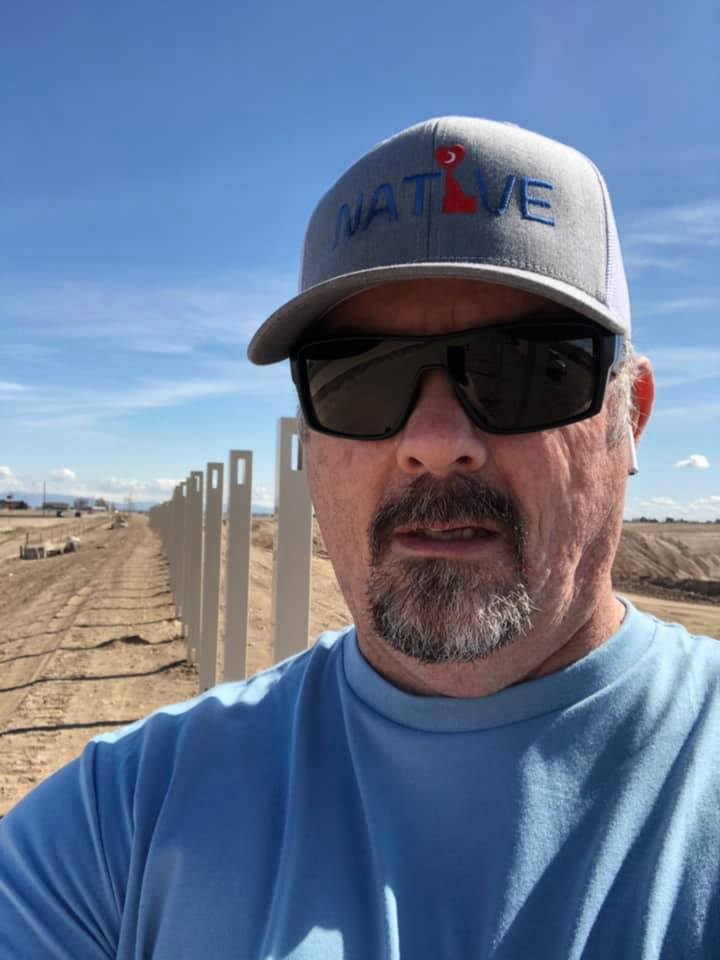 So far, it appears as though most candidates have filed their reports.

However, one candidate appears to be misleading voters on his reports. It is unclear whether this is accidental or deliberate.

Scott Brock, running for State Senate in District 11 as a Republican, has filed several campaign finance reports but the numbers don’t add up.

Brock, who once famously said he doesn’t read legislation because they make him angry, has filed reports claiming to only have spent $19.30 on his campaign.

Now, it’s entirely possible for a candidate to only spend that much if they weren’t actually doing anything.

However, Brock has spent money on at least two mailers, numerous campaign signs, and hundreds of dollars on Facebook ads.

Here is the April 2020 report for Scott Brock: 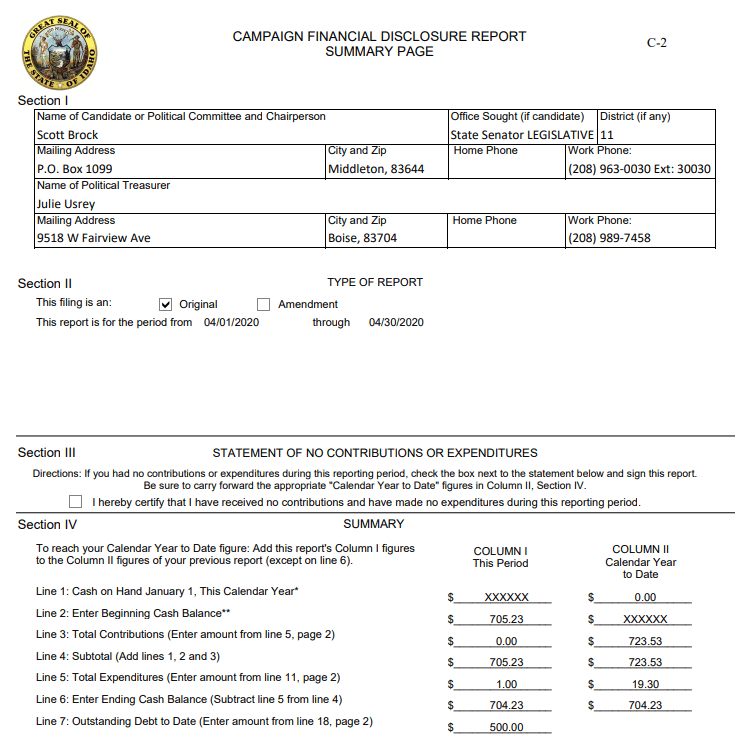 At least one of Brock’s mailers was sent out in the month of March and should have shown on this report.

Here is a picture of Brock’s mailer that went out that month. 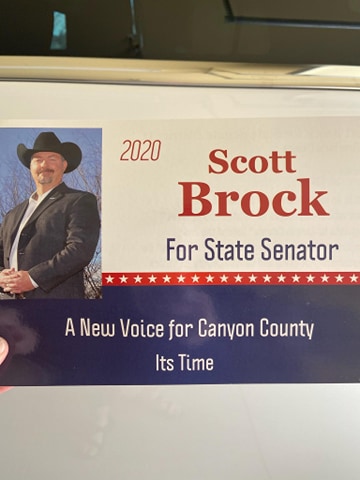 Nowhere on his March or April report does Brock have this flyer listed as an expenditure.

Even if Brock only sent out 500 mailers to voters in District 11, it would have cost hundreds of dollars.

Additionally, nowhere on his report does it show the expenditures for his campaign signs for which there are several dozen at least. Campaign signs are not cheap.

Finally, you can see in the image below that Brock has also been spending money on Facebook ads.

The ad library shows that these ads cost somewhere in the range of $350.

It is unclear whether or not Brock is intentionally leaving these items off his report off or if it was a simple mistake.

Either way, the numbers for his reports do not match what he is obviously spending. Brock will have to explain the disparity to voters.

If Brock is going to claim that someone else did those mailers, signs, and Facebook ads for him at no cost to him, then that must also be disclosed as an “in-kind” donation.

It is widely believed that Brock is simply playing “spoiler” in the three-way race between Sen. Patti Anne Lodge and Zach Brooks.

Brooks has challenged Lodge twice and came very close both times to unseating her.

It was anticipated that Brooks was going to beat Lodge this time around. Then Brock jumped into the race out of nowhere.

Brock is clearly not spending enough money to win the race and his campaign efforts are measly at best. A serious candidate for office would do much more to try and win.

Will Brock hand Lodge another two years with his campaign?

Better yet, will Brock answer to his voters for not filing his reports properly?