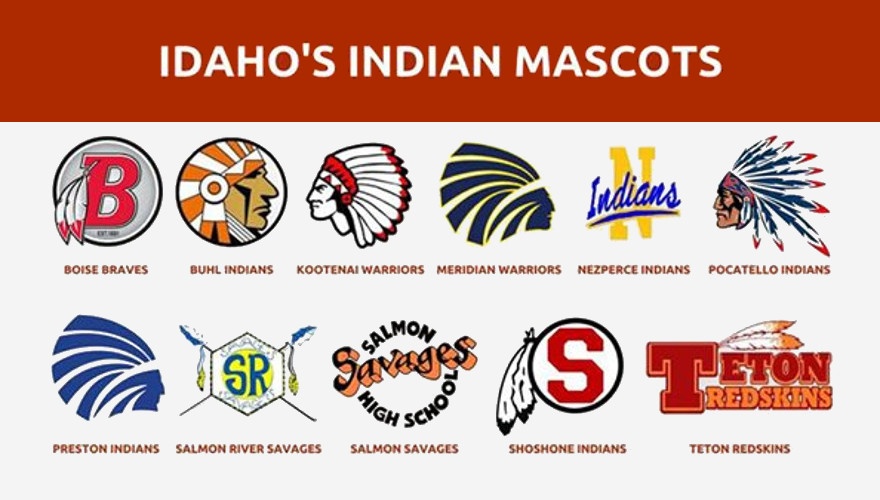 Eastern Idaho’s Teton High School has retired its Redskin mascot, and one Idaho tribe is calling for the removal of all Native American high school mascots and nicknames in the state.

The Shoshone-Bannock tribe submitted a position paper to the Idaho State Board of Education asking the board, the Legislature and the governor to stop all public schools from using Native American mascots, a practice it referred to as “racial misappropriation.”

“The non-Indian, Euro-American rationale of public schools and communities that using mascots such as Savages, Redskins or Indians ‘honors’ Indian people is grossly inaccurate,” the document states. “The continued use of those names would only honor the non-Indian ideology created by dominant mainstream society, whose ancestors directly or indirectly killed, sold, removed or demoralized the original Indian residents.

“The people, the schools and institutions who developed these names Savages, Redskins, Braves (and) Indians are perpetuating racism and stereotyping. Further, the Shoshone and Bannock tribes have not been asked to be part of something that directly impacts our people so historically and so personally.”

The Shoshone-Bannock tribe submitted the three-page paper during the annual summit for the Idaho Indian Education Committee on June 13 and 14. The committee serves as an advisory board to the State Board of Education, which has the authority to enact policy.

Mike Keckler, a spokesman for the State Board, said he couldn’t comment on the paper as the full board has not seen it nor had any discussions on it. A spokeswoman for Gov. Brad Little did not respond immediately to a request for comment.

The Idaho Statesman acquired the paper through a public records request.