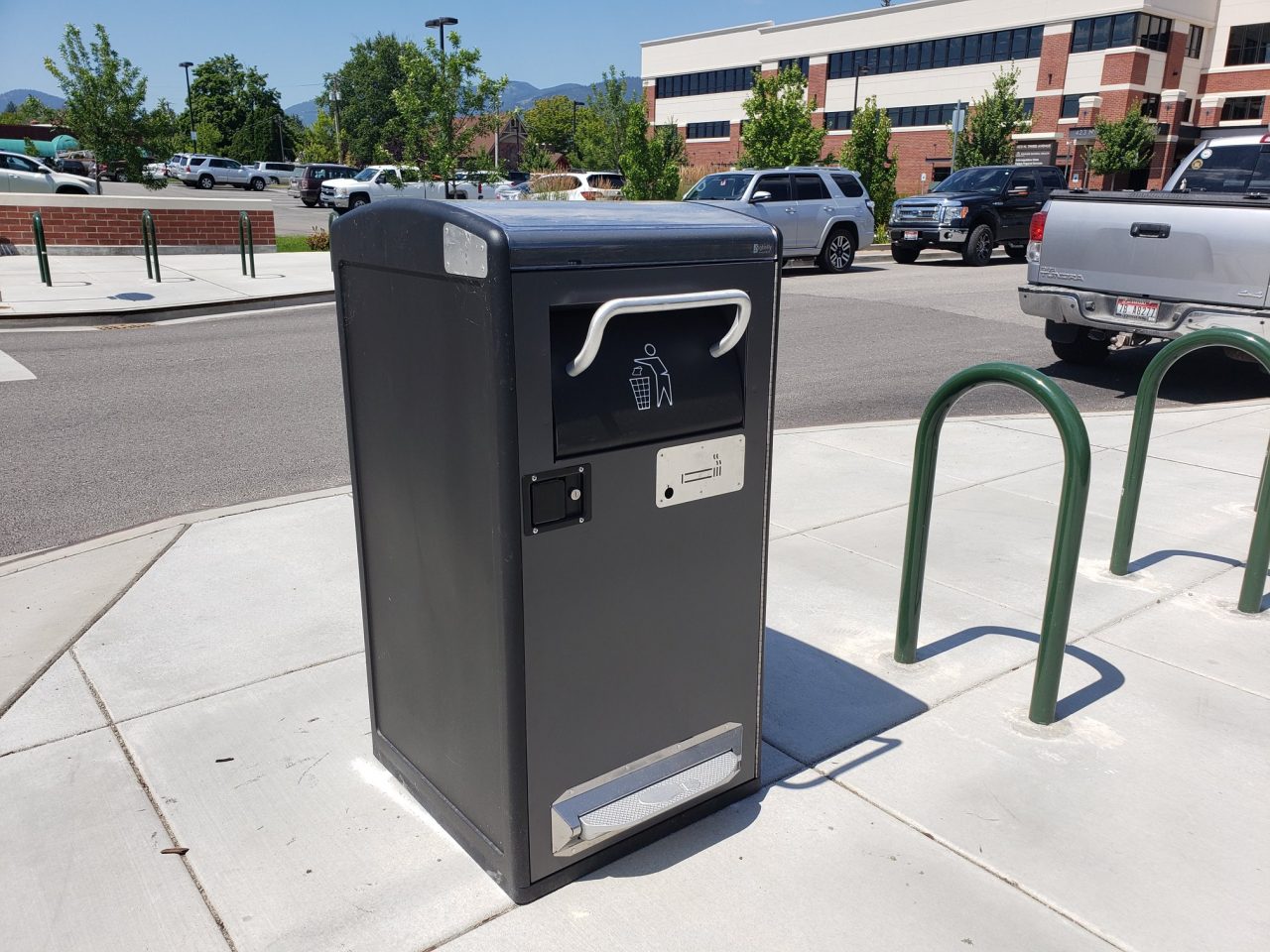 The city of Sandpoint, Idaho, took to Facebook on Tuesday, June 30, 2019, to boast about spending nearly a quarter of a million dollars on 56 new trash cans.

Okay, to be fair, the city calls them “smart waste collections bins” and “more effective garbage solutions,” but they’re still just trash cans—fancy, overpriced trash cans to be sure, but trash cans nonetheless.

You might wonder why would the city do this? Sandpoint Mayor Shelby Rognstad (pictured right) offers a glimpse into the city’s reasoning:

“It also reduces greenhouse gas emissions. This all leads to a calmer, more sustainable environment and livable community.”

(You might remember Rognstad as the mayor who decided to submit a resolution claiming to be on behalf of all people of Sandpoint, Idaho, welcoming Syrian Muslim refugees back in 2016.)

The city also assures us that these cans are “tamper resistant and sealed.”

Perhaps we could dispose of some politicians in them!