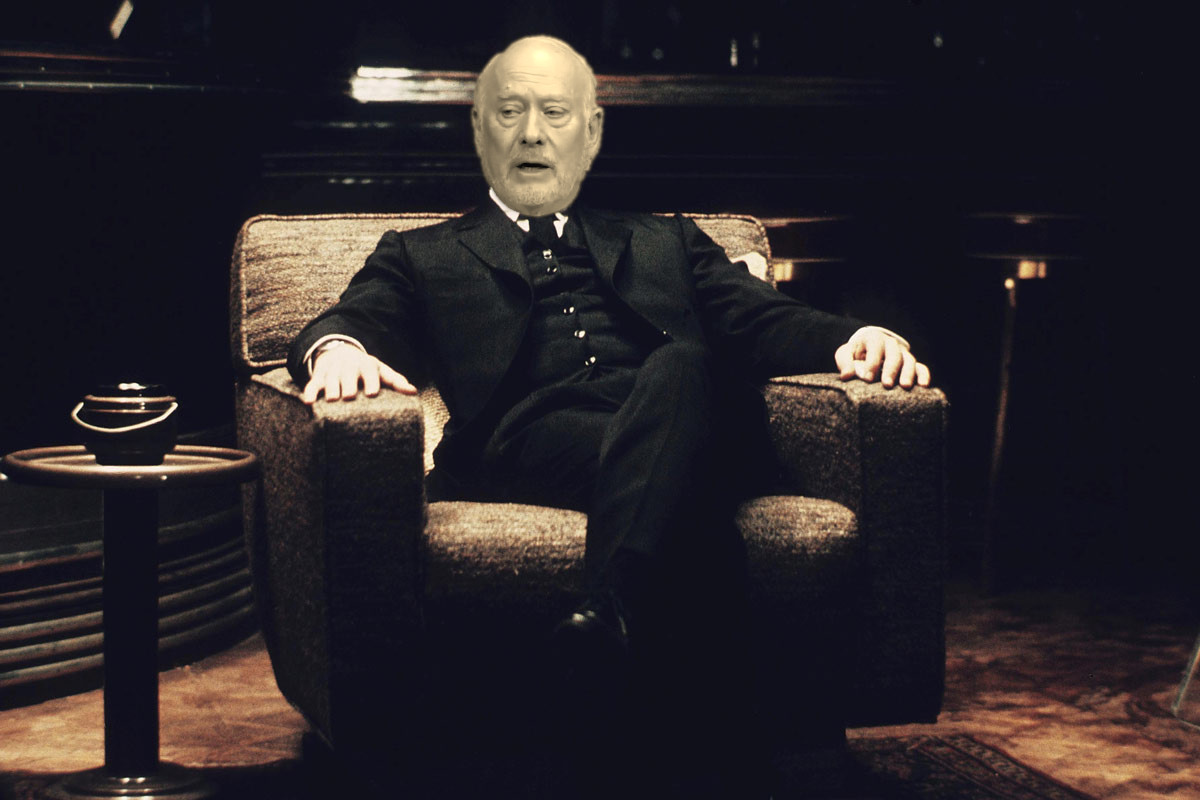 “Idaho is a conservative state” is probably the most oft-repeated lie heard in this state’s political circles. While it may have once been true, it is no longer even remotely accurate.

Nowhere is this sad reality more on display than in the Idaho Legislature, where dozens of anti-Liberty and anti-Freedom bills have sailed through in recent weeks. House Bill 515 is the quintessential example of this hard shift to the radical left.

It all started when the Republican-In-Name-Only (RINO) billionaire Frank VanderSloot decided to declare war on true conservatives across the state. Along with his dedicated henchman Gregory Graf, this cabal of meddlers started a fake organization (that’s really just a website run by Graf and a couple of other co-conspirators) deceitfully called “Idaho Conservatives” to print slanderous attacks against Idaho’s true conservatives.

Among VanderSloot’s targets are conservative Republican donor (and former congressional candidate) Bryan Smith and his conservative employees. Smith owns a law firm that helps medical providers collect their money from delinquent debtors who refuse to pay their bills.

VanderSloot hired a team of lobbyists to write a bill designed to put Smith out of business. The resulting legislation was one of the most overt attacks on the free market ever brought forward in the Idaho legislature.

Not only does it make small, independent medical provers wait months before they can even try to collect payment for the services they have rendered, but it also caps attorney fees so absurdly low that it is now basically impossible for medical providers to hire a decent attorney to help recover the money that they are owed.

In other words, patients can now run up massive medical debt, refuse to pay, and medical providers are left with essentially zero recourse.

Why would VanderSloot do this? Aside from his irrational hatred of Smith, that is. The direct impact of HB 515 will be to push Idaho toward the adoption of socialized (or “single-payer”) healthcare. Now that medical providers have been stripped of their ability to collect from delinquent debtors, they will increasingly face massive financial losses and the prospect of eventual bankruptcy.

As tens of thousands of socialist Bernie Bros discover that they can receive thousands of dollars in medical services and then skip out on the bill, desperate healthcare providers will seek relief from the state. If the socialists won’t pay their bills, who will?

Imagine if this same standard was applied to babysitters, plumbers, electricians, and web designers. Imagine being forced to wait months to get paid and denied access to a decent attorney when a client refused to pay their bill.

The worst part of this story is that the “Republicans” in the Idaho Legislature overwhelmingly voted in favor of this blatant attack on the free market. The vote in the House was 49-20 and, in the Senate, it was an even more depressing 32-1. Only a single State Senator had the courage to stand up to VanderSloot’s war on the free market.

Ironically, even the liberal-rag known as the “Idaho Statesman” published a piece from their Opinion Editor, Scott McIntosh, praising Vander Sloot’s ability to get a liberal bill through the Idaho legislature.

So here we have Idaho, once a bastion of conservatism, being driven to the left by the agenda of a billionaire RINO whose personal vendettas are impelling the legislature to adopt socialist policies. And almost no one is fighting back!

Will Idahoans hold their legislators accountable and fire those who sold their souls to avoid the wrath of Idaho’s vengeful RINO Godfather? Or will the socialist goals of Bernie Sanders and Elizabeth Warren find fertile ground in Idaho thanks to Gregory Graf and his malicious campaign of deception and disinformation?

Idaho is at a critical juncture, and if we do not fight back against these evildoers, we will lose our state to the treachery of the radical left. There is no time to wait! We must defeat these enemies of Liberty. We must Keep Idaho Free!