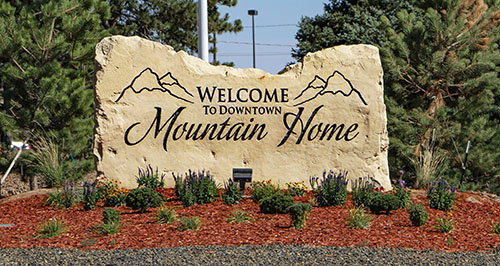 Recently, the mayor went on a tirade about shutting “his” town down for people violating the “stay-at-home” order.

After severe backlash from his community, the mayor backtracked.

Additionally, the mayor was caught using a taxpayer-funded gym during the stay-at-home order. It seems as though Sykes believes the rules only apply to his peasant citizens.

Earlier this year, Mayor Sykes appointed himself to the library board in a major conflict of interest.

Allegedly, the mayor has a long-standing feud with the library board and has been working to oust people he doesn’t like.

So, in an effort to get what he wants, he appointed himself to the library board in January of this year.

In August of 2019, Jackie Harper resigned from the Mountain Home Library Board. Her term doesn’t expire until February of 2022.

Yet, no immediate appointment was made to fill the vacancy.

Generally, when a library board position opens up, an appointment is made as quickly as possible.

However, Mayor Sykes left the position open until after his re-election in 2019 and then appointed himself to the library board!

You can see his self-appointment on the city council agenda meeting in the image below.

This isn’t the first time the mayor has tried to insert himself onto the library board.

Apparently, in 2017 he wanted to do it but was advised against doing so by the State Library Commission.

Sadly, Mayor Sykes didn’t seem to care about keeping himself out of it. He wanted more power for himself.

Thankfully, a number of citizens and the Library Board Director spoke out against what the mayor was trying to do. Check out this video from the same city council meeting where he appointed himself.

The person testifying in the video is William Lamb. He is the current Library Board Director in Mountain Home.

He criticizes the decision of Sykes’s self-appointment as out of line with how library boards were intended to operate.

The library boards are different entities and usually citizens who use the library run to serve on those boards. No opportunity was allegedly ever given to the public to serve on the board for the vacated seat.

It appears Sykes wanted it for himself and kept everyone in the dark on the appointment.

The control of the library board is in the hands of the board of trustees, not the mayor. Therefore, Sykes felt it was necessary for him to take power for himself by appointing himself to the board.

When the vote came, the city council vote was a tie. This means that the mayor had the tie-breaking vote and Sykes voted for his own appointment according to Mountain Home news.

Interestingly, a candidate for legislative office this year in District 23, Matthew Bundy, made the motion during the meeting to appoint Sykes to the library board and then voted in favor of it!

While we would like to pretend that we are surprised by Mayor Sykes’s power grab, his recent actions during the Coronavirus leave us unbewildered.

And that’s not all folks!

With Sykes using the taxpayer-funded gym, more information is coming to light about how the gym was approved. Additionally, there are rumors that SYkes is targeting firefighters who challenge his authority.

We have been told in no uncertain terms that city employees are afraid to speak out against Sykes because of his vindictive nature.

Sadly, this is just the tip of the iceberg of what we have been told is going on in Mountain Home, Idaho. Finally, a movement is growing in the city to recall the mayor who was just re-elected.

If you have any additional evidence of Mayor Sykes’s power-hungry reign in Mountain Home, be sure to contact us right away.

We will keep your name anonymous because we know that if you are a city employee wanting to speak out, you are likely fearing for your job.

3 thoughts on “Power Grab: Mountain Home Mayor Appoints Himself to Library Board”