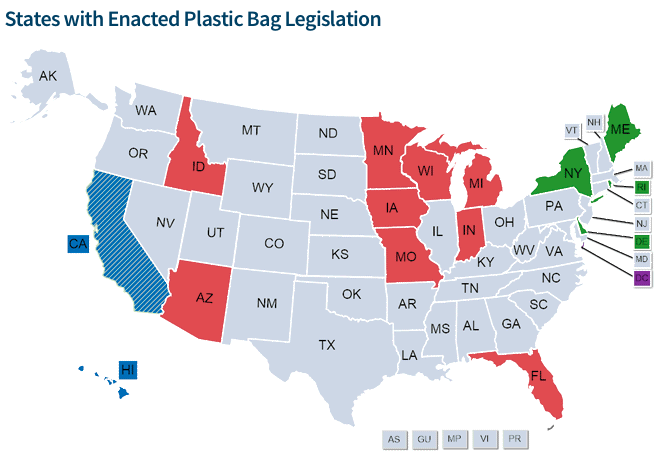 Portland, Seattle, San Francisco, and other leftist utopias are doing all they can to make the lives of local business owners and consumers miserable.

It isn’t just the higher taxes that they continue to push, it’s also regulations put in place such as bans on plastic bags, straws, utensils, and other items.

It’s only a matter of time before these leftist ideas start making their way into Idaho.

Idaho passed the law in 2016 to keep some of these leftist ideas from taking hold here.

The good news is that the bill, HB 338, has been sent to the House Ways and Means Committee which is where many bills go to die.

The committee is run by House Leadership who likely have no desire to let this leftist idea creep into Idaho’s cities.

This is the second year in the row the Democrats have submitted the bill for consideration.

Not only should Idaho keep Idaho Code 67-3340, but it should also be expanded even further to include straws and other “one-time-use” utensils.

Keeping Idaho free means learning from what the leftist states have done and going in the opposite direction.

Contact the House Ways and Means Committee today and tell them to oppose House Bill 338!

Their email is hway@house.idaho.gov which will send the email to all members of the committee.

Suggested language:
“Dear House Ways and Means Committee Members,
I am writing to you today and asking you to oppose House Bill 338 which would allow local governments to impose “plastic bag” bans.
The decision to not use plastic bags should be left to the consumers and business owners who will be impacted if we allow Idaho’s more liberal cities to try and emulate the failed policies in places like Portland, Seattle, and San Francisco.
Thank you for your time.”