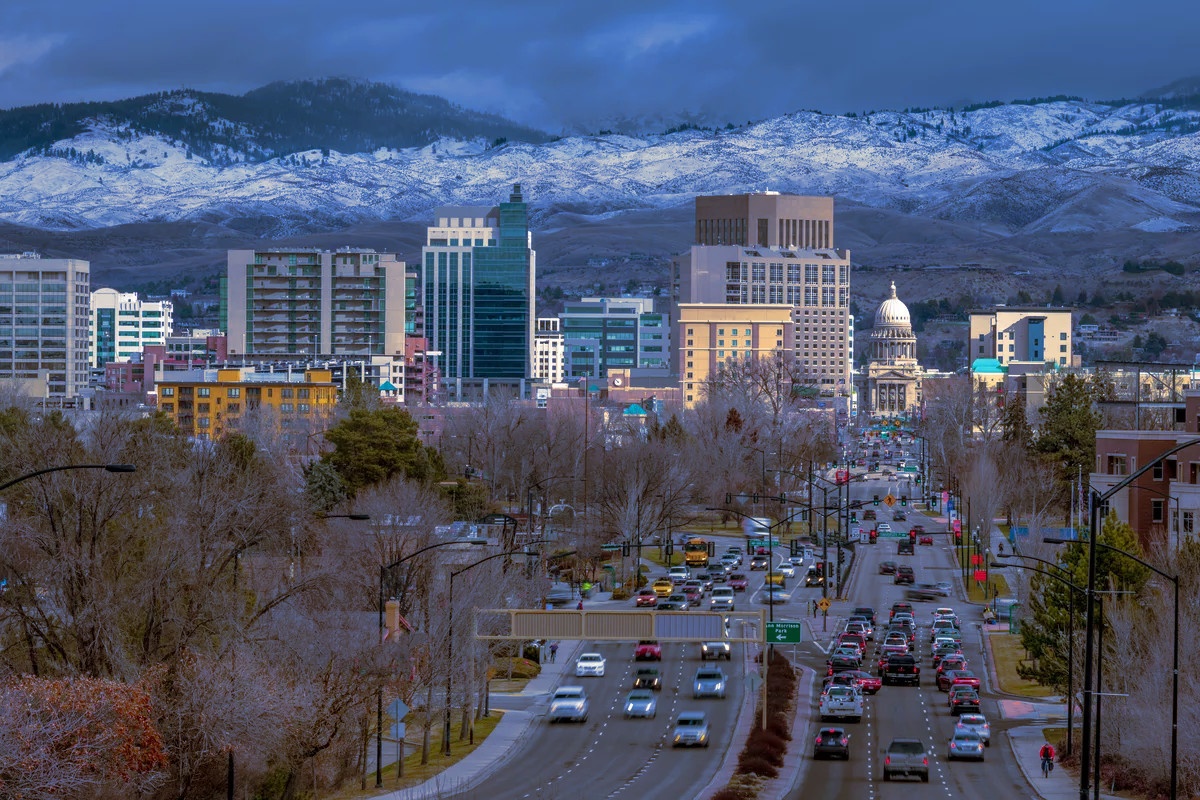 There is no doubt that Idaho is changing.

We are the fastest-growing state in the country. The urban areas of our state are seeing a massive number of newcomers. Some of those from out of state and some from the more rural parts of Idaho.

While it is easy to blame Idaho’s current condition on Californians, the reality is Idaho faces a problem that transcends out-of-staters moving in: apathy.

Yes, there are some “bad” Californians moving to Idaho who want to change Idaho. There are also a number of them who are escaping the insanity of California and want a better and freer life in Idaho.

You see, in states like Colorado, Washington, Oregon, Nevada, and California it wasn’t just the new progressives moving in that were a problem, it was the lazy and apathetic native voters who didn’t believe their state was being taken over by progressives.

They waited until it was too late to do something

The apathy of conservative voters and the ridicule heaped upon those sounding the alarm bells will ultimately lead to Idaho’s demise if something isn’t done. We are going to lose our beautiful state if radical changes are not made to protect Idaho from the progressive movement.

I am proposing three ideas that will severely curtail the rise of radical progressivism in Idaho.

Progressives in Idaho have figured out that ballot initiatives are their future. They know that their radical ideas will not make it through the legislative process. With the recent success of Prop 2 (Medicaid Expansion), the progressives have become emboldened to do more.

They are already pushing more initiatives to raise taxes and raise the minimum wage in Idaho.

How long before they turn their sights on your gun rights? Michael Bloomberg is already pushing gun control initiatives in red states like Florida and Ohio. He has funded numerous others in states like California, Washington, and Oregon.

Higher taxes, big government healthcare programs, and environmental regulations are just a few of the areas they will use the ballot initiative process to crush Idaho.

Keep Idaho Free has written a series of articles, the first of which will be released on November 24th which will detail why conservatives should abolish ballot initiatives completely.

I will defer the remainder of this discussion to those articles.

Needless to say, if Idaho does not remove the ballot initiative process from our state constitution, we will live to regret it years from now.

The only way to do this is through an amendment to our state constitution and that is no easy task.

There is no more important right than the right to keep and bear arms.

Without the ability to defend yourself from criminals and tyrants, all other rights become meaningless. This is why the defense of gun rights is so important.

Every state that has gone from red to blue or red to purple has seen their 2nd Amendment rights take a major hit. Washington state is just the latest to see massive gun control implemented, primarily through the ballot initiative process.

Idaho’s own protections on the right to keep and bear arms (Article 1 Section 11) are fairly solid but need to be updated.

Protecting Idahoans through a Constitutional Amendment from Red Flag Laws, bans on certain arms and magazines, and other progressive gun control ideas will solidify Idaho’s place as the best state in the union for gun owners.

Some may say that a Constitutional amendment should be rare and only for absolute necessities. Given the extreme importance of the right to keep and bear arms, and the constant attack on gun rights nationwide, what could be more important than updating Article 1 Section 11?

If at some point Idaho turns purple, or God forbid “blue,” we will wish that the ability to change it does not lie in the hands of a progressive legislature. The 2nd Amendment should be all that we need for the protection of this right, but as we all know, numerous infringements already exist.

This change will greatly increase our ability to maintain this right but does require an amendment to Idaho’s constitution.

This may seem like an unusual plan given the fights we are already facing in the state capitol, but what conservatives don’t understand is that progressives love local elections.

While most conservatives only focus on big elections like Presidential or Gubernatorial fights, the progressives are taking over your cities.

By the time you realize your city is being run by radicals, it is too late.

While I certainly understand the concern of more partisanship in our election process, requiring a candidate to disclose their party affiliation (if any) increases your ability to know more about the candidates running in these races.

If I know that a candidate running is a Republican versus a Democrat, I at least have some idea how they are going to vote on important city issues that arise.

Democrats love non-partisan elections because it allows them to go into “red” parts of Idaho and change the dynamics of a city. And when crucial votes on Urban Renewal or other social issues arise and your city votes progressive, you are left wondering how it happened.

That isn’t to say that all Republicans are going to be Constitutional loving conservatives, but at least going into the election you have more knowledge of the candidates and what their potential style of voting may be.

This plan isn’t flawless and would need some additional support. You will get some candidates who simply put an “R” next to their name to garner more votes. Yet another reason for the Republican Party members to hold their candidates accountable.

This change can be done through the normal state legislative process and needs to happen fast.

While a more in-depth discussion needs to be had on these issues, I believe the time is now for Idahoans to seriously consider implementing these ideas.

Of course, some will mock me and those who advocate for these changes.

They will say that we are “fearmongering” or that “Idaho is too red.”

I recently spoke at an event in Spokane to discuss the battle for gun rights in Washington state. After the meeting was over, several Washingtonians approached me and said, “Greg, we didn’t realize how bad it has become, but we are ready to fight now!”

Sadly, it may be too late for Washington.

Don’t be “that guy.” Don’t be the person who sticks his head in the sand because you believe it isn’t possible in Idaho. Don’t be the guy who says it can never happen here.

The fight has already begun. Do you want to help save Idaho?

Implement these three ideas as soon as possible.