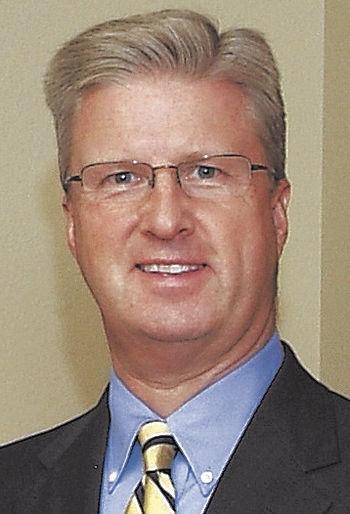 Recently, Frank VanderSloot wrote an opinion piece taking aim at the Idaho Freedom Foundation. Frank, who’s been referred to as “Idaho’s multilevel marketing baron,” said, “I consider myself an avid conservative. I believe that conservative solutions have proved to be far more successful than the solutions usually touted by the ‘liberal left.’” This has become typical of Frank who often prefaces statements critical of conservatives with, “I’m a conservative.” The problem for Frank is his actions speak louder than his empty words. So, what does Frank do?

Frank endorses Democrats. Don’t get me wrong–I’ve got some Democrat friends. I like them, and they like me. Yet, we don’t like each other’s policies. For me, no real conservative endorses Democrats because their policies run counter to conservative solutions—you know, the ones Frank claims have proved far more successful than those of the “liberal left.” Yet, Frank has a long history of endorsing Democrats.

Don’t make the mistake of thinking Frank’s left leaning endorsements and support are some kind of historical mistake. Nope. In 2009, Frank contributed to the campaign of Democrat Evan Bayh, a senator from Indiana. Evan was pro-choice, and he supported same-sex marriage and Obamacare. But the self-described “avid conservative” outdid himself when in 2008 Frank L. VanderSloot contributed to the presidential campaign of Barrack Hussein Obama. So much for Frank’s claiming to be an “avid conservative.” Frank can say whatever he wants, but his endorsing and supporting Democrats undermines his claim and all credibility.

Frank also repeatedly has endorsed and supported self-proclaimed conservative Mitt Romney. Nobody views Mitt as a conservative except himself, most often when he’s running for office. Mitt is the guy who joined Democrats and voted to convict his fellow Republican and President, Donald J. Trump, of high crimes and misdemeanors. In fact, Mitt is the only Republican to join with Democrats and vote to impeach President Trump. Yet, Mitt has had Frank’s unwavering support for years.

This article points out the obvious that if any Democrat legislator had brought this bill, Republicans would have given it a fast death. But because billionaire and sometimes Republican donor Frank supported the legislation, these same Republicans couldn’t have been more accommodating. The Statesman article closes with these words, “So the Democrats now have a clear new political strategy. Just stay close to VanderSloot.” This is exactly what happened when every single Democrat in the Idaho house and senate had their dreams come true and voted for Frank’s bill while 21 House Republicans voted against it. With a friend like Frank, Democrats don’t need to control the Idaho legislature to get what they want.

The bottom line is the Idaho Freedom Foundation is just too conservative for someone like Frank who supports Democrats and is not what he pretends to be.

Bryan Smith is a board member of the Idaho Freedom Foundation.